Farming simulation games are highly competitive with each other as many developers and publishers look to leave their mark on the genre. They hope to reach the same heights as the highly influential Stardew Valley, which is a powerhouse in the category. Well, it’s time for yet another title to enter the fray, and it’s fair to say that Fantasy Town brings its own flair to the genre.

To truly understand what makes Fantasy Town a strong contender in the farming sim genre, we couldn’t pass up the opportunity to speak with Gamigo’s head of mobile publishing, Jeannie Odreman, to discover how the team chose to approach the project and why they feel now is the right time to dive into this genre.

We also touch on the decision behind the stunning polygonal art style of the game, whether or not there are any games that provide inspiration for Fantasy Town, and, of course, we dive into the challenges the development team faced when creating a farming simulator, especially since games need a certain uniqueness to stand out in a crowded genre.

Luckily for Fantasy Town and its development team, they found a nice middle-ground that means they can deliver what fans would expect from a game of this type while offering something new that you may not have experienced before. As Odreman explains, “Even though farming sims are a very competitive genre, we instantly saw the potential of a game like Fantasy Town. It’s a unique take on the genre: you can explore, collect townsfolk, and unravel a mysterious storyline in this quirky, fantasy-themed world. There’s just so much to do.” 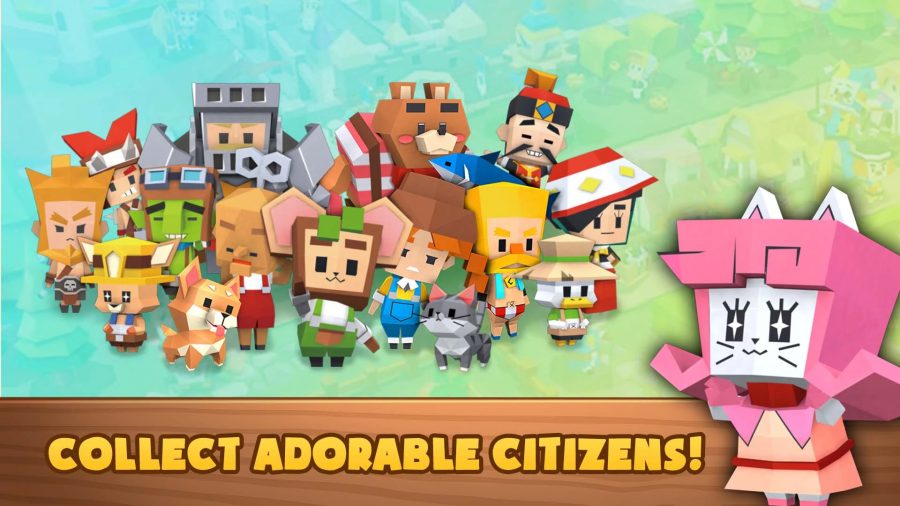 Furthermore, Gamigo wants the game to appeal to a broader audience, which is why the team made sure to include various features to entice more players. “We’re a team of gamers, so for us, gaming is the perfect way to escape everyday life and to enjoy some off-time,” Odreman explains. “We hoped that one of our first games could be one that both hardcore and casual gamers could appreciate. We wanted to provide a game that allowed players space to relax, while also featuring opportunities for competitive gameplay. We’ve found Fantasy Town to be the perfect mix.”

Of course, it’s impossible to discuss the farming simulation genre and not acknowledge the success of Stardew Valley, a game that took the world by storm and arguably propelled the genre to new heights. Well, it turns out that Stardew’s performance gave the team at Gamigo “the courage to go ahead.”

However, as Odreman continues, “more than that, it was Fantasy Town’s own charm that immediately convinced us that we had a great game at hand – one that we should not miss out on.” So while the team saw potential due to the success of games such as Stardew Valley, it’s their confidence in their own creation that gave them the courage to go ahead with Fantasy Town. 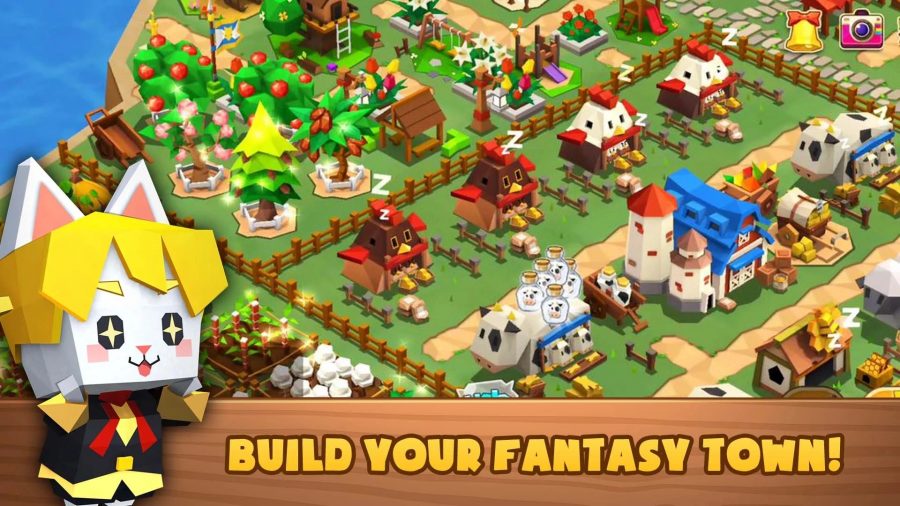 Besides its various elements, there’s another factor that might entice players to give fantasy town a try, and that’s the charming polygonal art style that the title embraces, a design choice that matches the feel of the game splendidly, which is precisely what the dev team thinks. “The colourful and minimalist art style really compliments the vibe of the game’s content while also tuning into the retro graphical nostalgia we see today,” Odreman says. “This nostalgic minimalism coupled with the simplicity of the farming sim genre helps establish the fantasy world that we hope the players will come to love as much as we do.”

Of course, no game comes without its challenges, and it’s fair to say that the farming sim genre is highly competitive, which poses a challenge in itself when new titles arrive on the scene, something that Odreman acknowledges as she says, “farming sims are a very difficult genre to become successful in because it’s so saturated. We are launching in a genre packed with games that have not moved from the top ten for many years, so it can be quite challenging to get attention.”

However, that’s not all the team at Gamingo has to worry about, as there are “the ordinary things that publishers must deal with, such as changing policies in App Stores, etc.,” Ordeman continues. “The cost of user acquisition is also constantly increasing, and this makes it more and more difficult to become successful in mobile gaming.”

Challenges aside, there’s something special about farming simulators. Many people love them for a variety of reasons, be it for a chill experience, creativity, or the rags to riches story. For Ordeman and Gamigo, it’s the fact that the genre “allows people to enjoy a slice of a simpler life. Planting crops and harvesting food is something the pace of modern life doesn’t really allow for, so these games allow people to enjoy the satisfaction of reaping the (digital) fruits of their labour.” 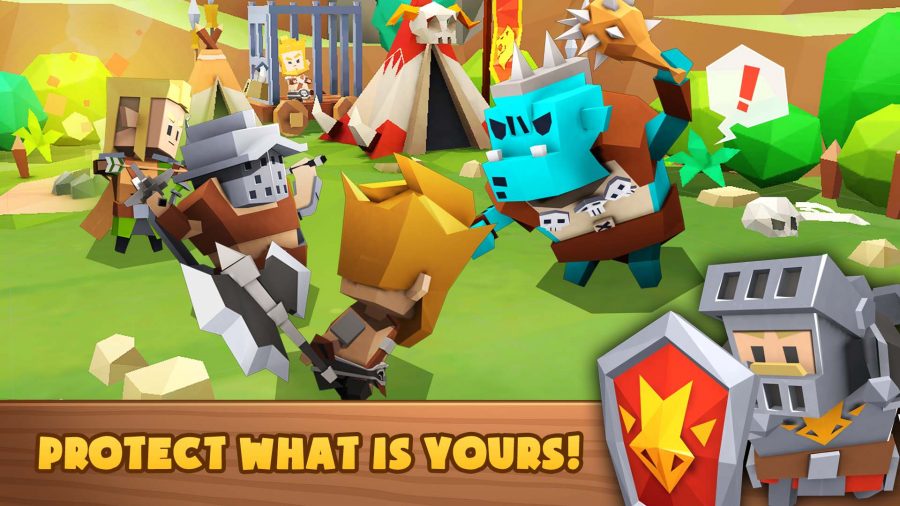 Ordeman explains that “as it is not a high-stakes PvP genre with a win-or-lose mentality, there’s room to breathe and play at your own pace. The satisfaction of watching your farm grow and decorating your town are all attractive features for many players. You can really bring a piece of your personality into the game and know that it’ll all be waiting for you when you come back!”

While the global launch for Fantasy Town is very recent, the game has been in soft launch for a while, and it’s fair to say that the reception is positive, with new players eager to try it out. Not only that, but those that could access the game early “are very engaged” with Gamigo, and, as Ordeman describes, they’re “eager to help us make Fantasy Town a better game, so we try to work closely together with our community to understand their wants and find even the smallest bugs.”

It’s always nice to hear about a team that understands how important communities are, but it’s equally nice to hear about a fan base with a positive attitude that wants to see the game reach new heights. A certain camaraderie between creator and consumer that not only benefits the game but both parties as well.

However, should you not be into mobile games and like the look of Fantasy Town, you might have to give it a go on your iOS or Android device as Gamigo has no plans to bring the game to other platforms, but it does intend to provide many events and in-game content for players to enjoy in the future. 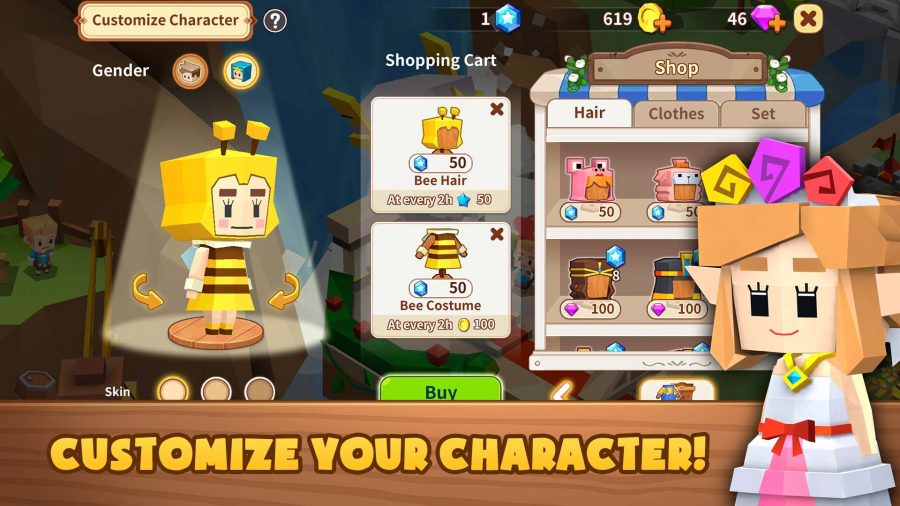 “We plan on bringing more content to the game to keep the community excited and engaged,” Ordeman explains. “We also want to give our users the chance to voice their opinions to us on our social media platforms so that we can incorporate more features they like and make an even more memorable gaming experience for them.”

Not only that, but Gamigo and the Fantasy Town team want to use the game as a force of good in the real world too, as there are “some events that will be environment-related, so we can make an impact on our planet while having fun.” A sentiment we can most certainly get behind.

If you want to give Fantasy Town a try for yourself, just visit Google Play or the App Store. Should you not be sure whether or not it’s the game for you, check out our Fantasy Town review for a more in-depth look at the game.