England captain Leah Williamson has described Sunday’s Euro 2022 final against
Germany as a “fairytale fixture” – and one she believes is “not the end of a journey but the start of one”.

The storied football rivalry between the two nations continues with a showdown at a sold-out Wembley.

The Lionesses are looking to secure the first major silverware in their history, while Germany, the competition’s most successful side, are aiming for a ninth Euros title.

Williamson said: “I think it’s a good narrative for you guys. Obviously, it is a fairytale fixture, with the history behind it.

“I think the journey that both of us have been on, you’ve got the two teams who have had the best tournaments in the final, which is the best thing. I think this is what we expected, to come up against a team playing their best football, and luckily we’re playing ours.”

Williamson then spoke in broad terms when asked about the magnitude of what it would mean for England to win on Sunday.

The Arsenal defender said: “I think what we’ve seen in the tournament already is that this hasn’t just been a change for women’s football but society in general, how we’re looked upon, and I think tomorrow is not the end of a journey but the start of one.

“Naturally it’s my job to go out for 90 minutes to play and win, but I think when we look back on this tournament as a whole, we’ve really started something and as I say I think tomorrow is the start of that. I want it to be the start, I want this to be a mark for the future.”

She added: “I’ve only ever been involved in this workplace, in football, but I think in most workplaces across the world women still have a few more battles to face and to try to overcome.

“And I think for every success that we make, and for every change of judgement or perception, or opening the eyes of somebody who views women as somebody with the potential to be equal to her male counterpart, I think that makes change in society.

“I think that’s a powerful message. In a typically male-dominated environment, these strides that we take forward can impact everybody on that wider scale.” 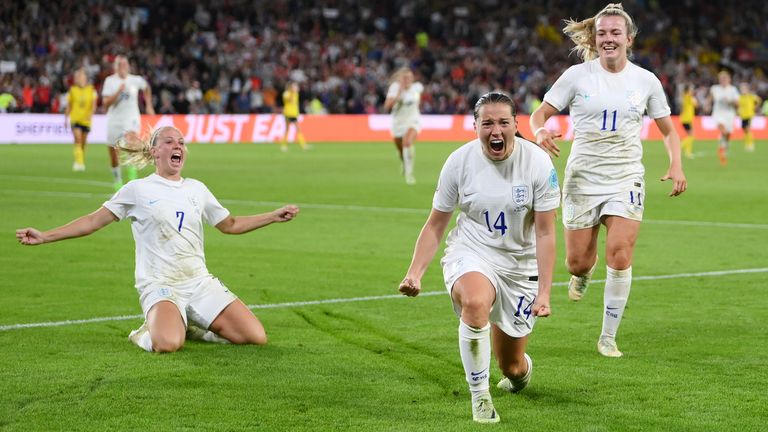 An attendance record for any Euros match, women’s or men’s, could be set tomorrow, and Williamson said: “I think this has felt unachievable for a very long time. The people that have come before me have had to fight.

“I think that’s a nice reflection moment, that there will be so many people filling that stadium with an interest in women’s football, that have the opportunity to watch it because it’s been made available, because not so long ago that wasn’t the case.”

Ten years ago a crowd of 70,000 were at Wembley to watch Great Britain’s women’s team beat Brazil at the London Olympics.

Williamson, who attended that match as a fan, said: “I think tomorrow will be another moment like that. It’s incredible that happened and I think the fall-off afterwards, we hope that’s not what happens after this tournament.

“We can’t have a lack of interest post this tournament because it defeats the object of everything we’ve achieved throughout these last six weeks.” 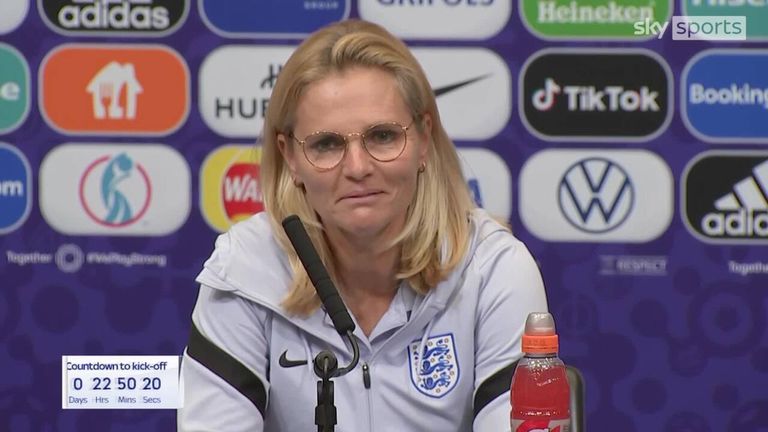 England boss Sarina Wiegman, meanwhile, has emphasised ahead of Sunday’s Euro 2022 final against Germany that the Lionesses fear nobody and are “prepared for everything”.

The last time England reached a major final, they were beaten 6-2 by the Germans at Euro 2009.

The most recent meeting was a 3-1 victory for England in February at Molineux in the Arnold Clark Cup, part of an unbeaten run for the team under Wiegman that now stands at 19 games, with 17 wins, since she took charge last September.

The Dutchwoman, for whom victory on Sunday will make it back-to-back Euros triumphs after she led the Netherlands to glory in 2017, said when asked about Sunday’s opponents: “When you reach the final, then you are one of the best teams in the tournament.

“I think we have a very good team too, and we don’t fear anyone.

“I think at some points it might be a little physical, Germany can play very direct, physical, straightforward, so that’s what we expect. We did see some things we might want to exploit, but we’ll see (about) that tomorrow.

“I think the team that we played (at the Arnold Clark Cup) was a little different, their style of play is similar but different players on the pitch.

“But of course we take that experience with us, and also all the analysis we have of Germany from their recent games.” 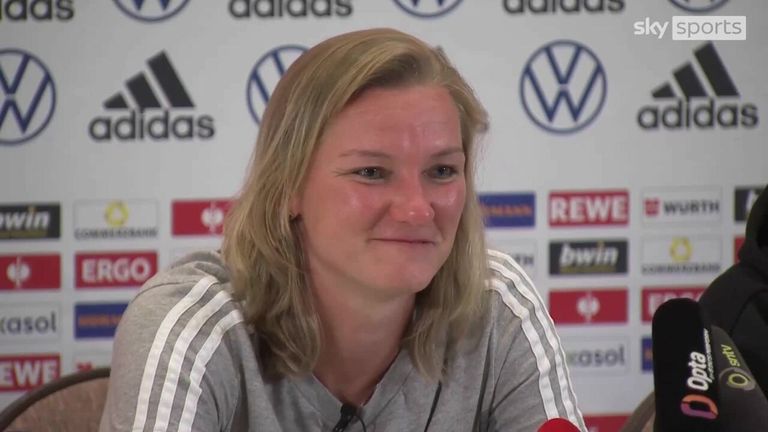 Wiegman was asked about preparations for the possibility of a penalty shoot-out, and said: “We have practised penalties, we are prepared for everything. If that is what happens tomorrow, we are prepared.”

Wiegman said of the potential crowd that “it’s really nice now that we’re having that occasion tomorrow”, before stressing: “At the end it’s just a game we’re going to play. Yes, it’s a final, but we approach it as we do with every other game.

Wiegman, who has had an unchanged starting XI throughout the tournament so far, confirmed all 23 members of her squad were available, saying: “Everyone is fit, we’ll make hard choices and we know how strong our squad is.”

The Sky Sports News Mobile Presentation bus will bring you all the best guests and analysis outside Wembley, with the likes of Karen Carney, Sue Smith, Courtney Sweetman-Kirk and Laura Bassett offering their expert insight.