England did not take their foot off the gas on Friday evening as they beat Northern Ireland 5-0 in their final Group A match despite having already qualified for the Euro 2022 quarter-finals as group winners.

Head coach Sarina Wiegman was absent on the St Mary’s touchline due to a positive Covid-19 result, leaving assistant Arjun Veurink to oversee the team from the sidelines.

He confirmed that Wiegman is “doing well” following the victory, having been in remote contact with her throughout, but could not give any details on when the Dutchwoman is likely to return to the England camp.

“Sarina is doing well, unfortunately not good enough to be here,” he said. “It’s tough for me to say anything about [whether she will be back for the quarter-final]. She will not be joining us live, but as Covid has taught us, we can do a lot remotely as well. Hopefully she will be with the team as soon as possible.”

Kenny Shiels’ Northern Ireland side, whose tournament exit was already confirmed, were breached four times in 12 minutes either side of the break as Fran Kirby, Beth Mead and substitute Alessio Russo – twice – struck for the Lionesses, something that particularly pleased Veurink.

“They showed that whatever is going on, we have lots of qualities and that pleased me the most,” he said. “We were calm and relaxed. It’s not great that Sarina is not here, but they reacted really well and I’m happy with the team performance and the great goals we scored.

“We brought in five fresh players so that’s good for the team and the development of the players and team as well. Hopefully we can grow with this in the next phase. 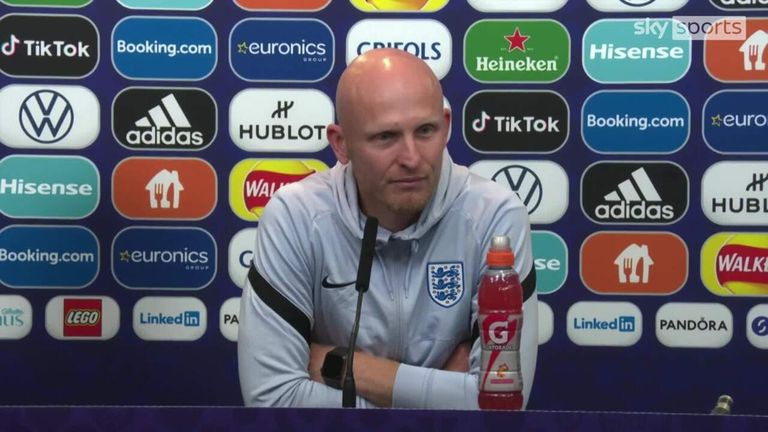 England assistant coach Arjan Veurink says Sarina Wiegman will join the team as soon as possible, but it’s difficult to tell how quickly she will recover from Covid-19

“Sarina used the word ‘relentless’ from the start. That’s what we’re doing in this moment really well. When you’re creating a lot of chances, you can miss some as well. We have lots of trust that we will create lots of chances… We’re really pleased with that.”

When asked if England had sent out a message that they are strong contenders to lift their first major trophy this summer, Veurink added: “Of course we want to continue the good showing we’re on at the moment. I think Sarina will be really happy with this performance as well. Momentum is really important.”

Northern Ireland manager Kenny Shiels reiterated again how much ability England have in their squad after another defeat to the Lionesses – their fourth in the space of a year.

While he believes he has two of the best players at the tournament in his squad, he thinks England have the depth of talent to go deep in the competition and potentially even be crowned Euro 2022 champions at the end of July.

“It was always going to be tough for us,” he said. “I don’t know if everybody realises, but England haven’t conceded a goal in the last three years of ‘proper football’ with the Euros and the World Cup [qualifiers].

“We’ve been beaten by them four times… at an average of 4-0 or 5-0. But they’re averaging over the period 9-0s and haven’t conceded a goal. That’s how much further up the ladder they are from us.

“I thought our organisation tonight was excellent, we put them into a position of nullification. They got a deflected goal, then another. They were the better team obviously and I was proud of the players and how they adapted to how we set up.

“They were fantastic, they gave everything and I must say, I was really impressed with how we stuck to our task. We created a few chances, or half chances, and that reflected on us. We didn’t play out as much as we would have done normally because they’re too good for us.

“It would a massive failure if they didn’t win this tournament because they’re home and hosed. Everybody else should just go home. 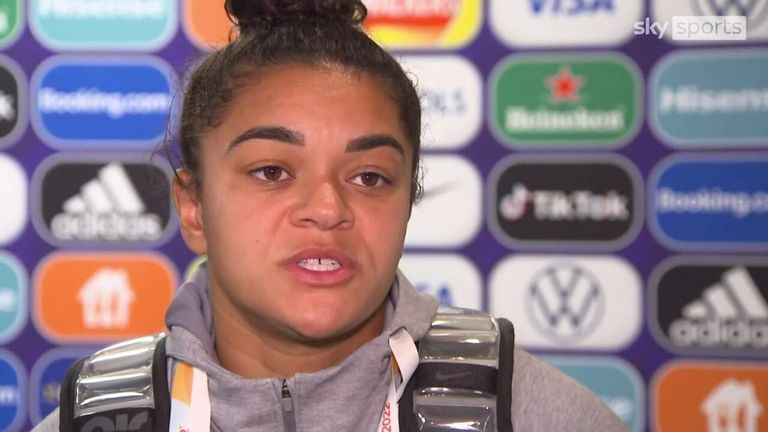 “If you were picking a team as from now, from what we’ve seen, Northern Ireland have the best left-back in Demi Vance and the best centre-back in Sarah McFadden.

“There’s nobody better in the tournament that those two – but two isn’t enough to develop those players and help them reach those standards.”