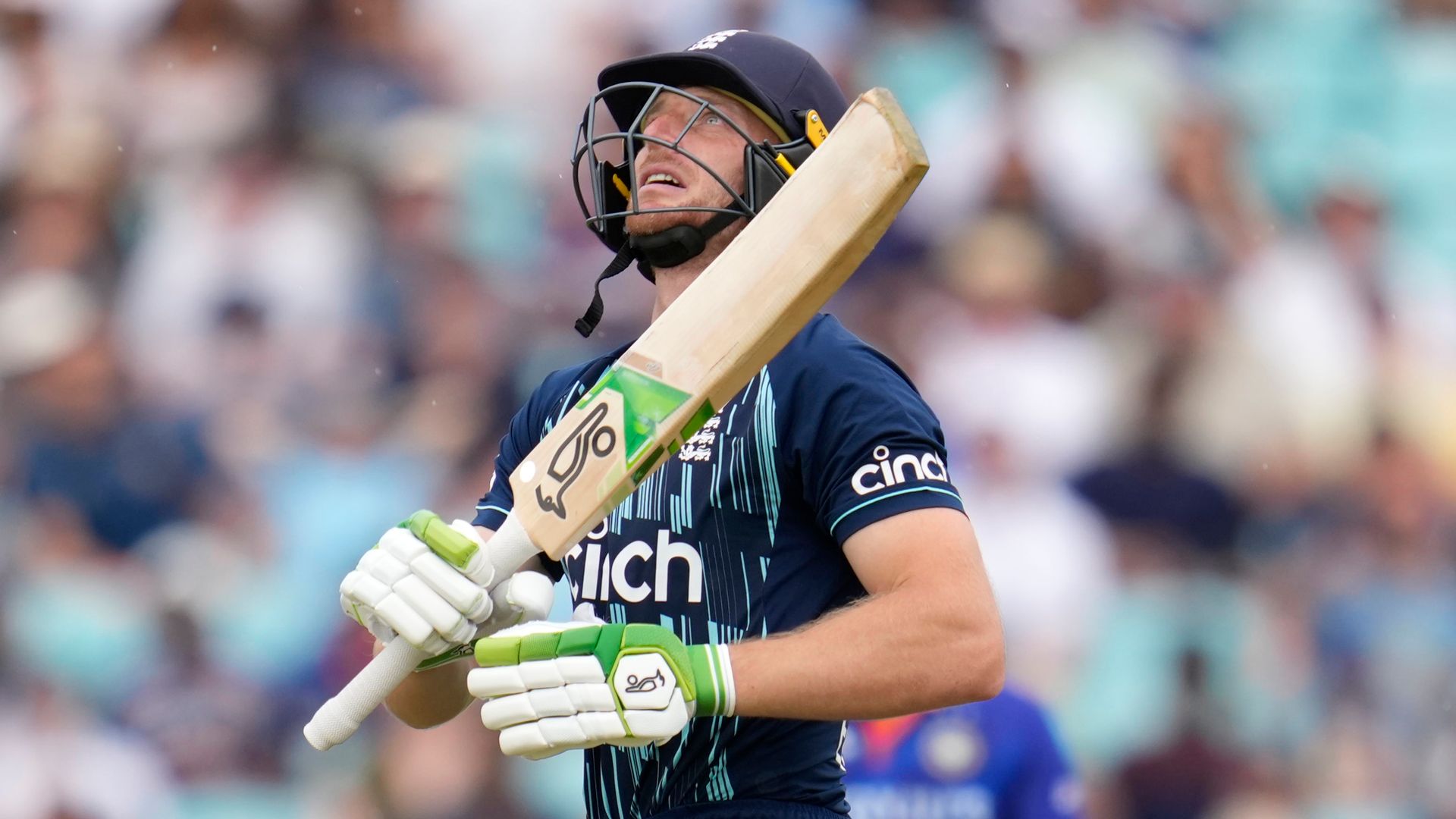 Moeen Ali has urged England not to worry about making a losing start to Jos Buttler’s captaincy reign, insisting the team will peak at the right time ahead of Thursday’s second ODI vs India.

England and India will contest the second one-day international of the series from Lord’s on Thursday, live on Sky Sports Cricket, with coverage beginning at 12.30pm and the first ball at 1pm.

Buttler stepped up as white-ball skipper after Eoin Morgan’s retirement last month, winning just one of his first four matches against a strong India side.

The tourists took the Twenty20 series 2-1 and then routed England by 10 wickets in the first one-day international, dismissing them for 110 before knocking off the runs without loss.

They have the chance to put things right at Lord’s on Thursday, the three-year anniversary of their World Cup final win at the same ground, but with Buttler new to the top job and head coach Matthew Mott also a recent arrival, Moeen is
taking a longer-term view.

“Jos is a brilliant leader. He has done it over the years when Eoin hasn’t played but it is going to take a couple of games in all the formats,” said the all-rounder.

“As a new captain no matter how cool you are you want to get off to a winning start but he knows there is a long way to go and the team will be fine.

“There is no need to panic or change. It definitely takes time to bed in and it will take a few defeats, which is fine. We have been dominating for the last few years in a nice way and playing well. We’ve had a lot of success but sometimes I feel we don’t want to peak too early.

“We want to win now but you don’t want to win all games. Sometimes you learn more from losing games. We have lost a few games at the moment but that is good for us going forward and closer to a World Cup we will start winning.”

Moeen was named by Morgan as a potential successor when he stood down, a recognition of his growing influence in the dressing room.

Now, with eight years of international cricket and 232 caps under his belt, the 35-year-old stands ready to support Buttler.

“We need to step up as senior players in the team. When it is your turn to do that, you will do it,” he said.

“Jos does speak to the bowlers beforehand, but he will tell me sometimes to go up to the bowler. It works nicely. When Morgs didn’t play he was always like that. It is not a problem having a keeper as captain.”

Moeen also offered his initial assessment of Mott, who left his role with Australia’s all-conquering women’s side after edging out a strong field of candidates.

The 35-year-old likened him to compatriot Trevor Bayliss, the World Cup-winning coach who empowered the players and viewed his role as a facilitator.

“He has settled in really well. He is a lot like Trevor but he has his own ways, he’s very relaxed,” said Moeen.

“The dressing room almost runs itself most of the time, so the boys are feeling good.”

Watch the second one-day international between England and India, from Lord’s, live on Sky Sports Cricket on Thursday. Coverage begins at 12.30pm with the first ball at 1pm.