As the old saying goes, the devil finds work for idle hands. Never is this more true than with Diablo Immortal, the long-anticipated mobile version of Activision Blizzard’s action RPG monolith, which has finally arrived to test the durability of your fingers and thumbs with its classic chaotic combat. However, Diablo Immortal also marks a change for the series, for better in some places, and for worse in others.

For starters, as a Diablo title, Immortal fits the bill from the off. If any of the separate departments behind the creation of Diablo deserve to be singled out for substantial credit, it’s for sure the art and design team, who have seemingly sidestepped the graphical limitations of mobile titles to deliver an adventure that would look just as seamless on the big screen. The hellish underworld of Diablo is a tour-de-force in gothic-inspired architecture, and is as comprehensive a game world as I’ve seen in a mobile title.

The combat elements of Diablo Immortal keep up appearances from previous incarnations too, while still being accessible enough for those with little experience of the series like myself. For those who have played Diablo before, expect more of the same but slightly adjusted to suit touch controls, while those new to the series should expect top-down combat that is strikingly similar to Hades, but with closer quarters due to there being less screen to utilise.

I chose the monk class, one of the six available, for my first foray into Sanctuary, and had a lot of fun with it. Both the character classes, and the ensuing combat, informed me exactly what I’d been missing out on with the Diablo series, and as someone who heartily enjoyed the aforementioned Hades, I’m now keen to revisit Activision Blizzard’s demonic franchise. So, as a free-to-play advert for the overall series, at least, Immortal is a success. 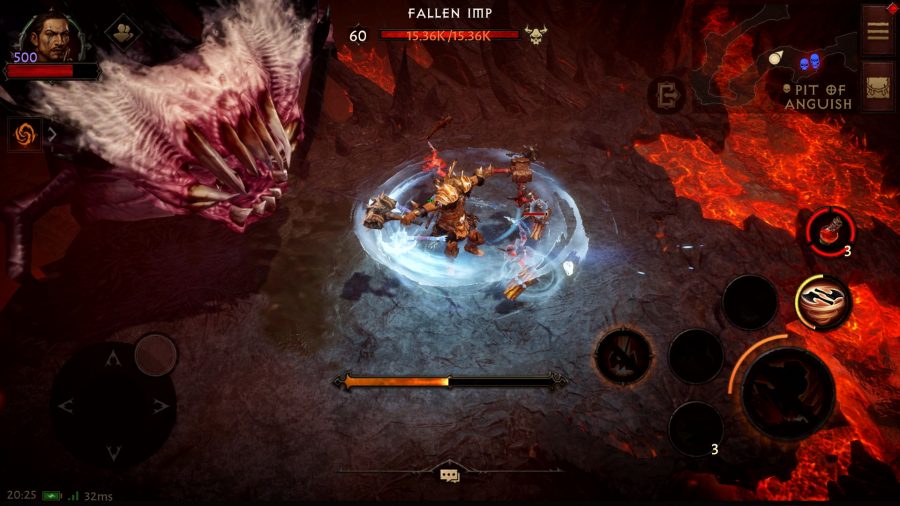 The story, and lore, I found surprisingly captivating for a mobile title belonging to a franchise I’d always struggled to truly engage with. The narrative design, from the overarching threat facing Sanctuary, to the individual quests that occupy your time and consist of solo and co-op dungeons, is as polished as you would anticipate from such a substantial developer, while slightly less bogged down with series terminology so as not to alienate new players.

It’s classic action-RPG fare, a great starting point for those new to the series

Performance on mobile is not quite as polished as the narrative element, with a couple of noticeable texture boxes appearing mid-battle in my experience, but for the most part, the cacophony of combat is unaffected by stuttering or lag – though this can change with the maximum of four players in a single raid, dependent on the strength of your connection.

Personally, if there has ever been an advert for using a mobile controller over touch controls, Immortal fits the bill. Don’t get me wrong, the touch controls are indeed responsive, and the UI has been intelligently redesigned so your thumbs never block any of the important on-screen information, but the button-mashing nature of Diablo’s maddening melee feels more intuitive with actual buttons, and the amount of combat options does lend itself to accidental misclicks when playing with touch controls. 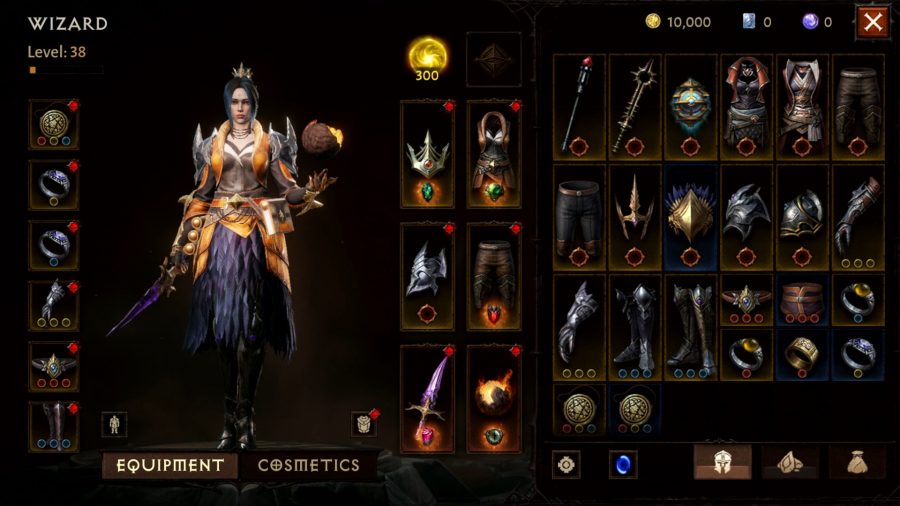 I should also mention that there are plenty of configuration options for both controls, visuals, and performance. These range from accessibility options like text size, to playability options surrounding performance, and it’s clear that a lot of thought has gone into the system menus to make sure that Immortal runs even on older devices, and furthermore that it is playable for all.

In terms of multiplayer, as the first title in the Diablo series to have a dalliance with co-op and PvP content, Immortal is a mixed bag. My personal highlight is the story co-op dungeons, which heightens the tension facing something you know is powerful enough to warrant four warriors. However, when it comes to some of the other cooperative elements in the later game, we have to move into the second part of this review, which sits glumly on the other end of the see-saw, following the real highs of the solo content.

If the review stopped here, Diablo Immortal would be an easy eight, but unfortunately, it doesn’t. There is a pretty major sticking point with Activision Blizzard’s latest mobile title, in that it can’t really be argued there aren’t pay-to-win elements embedded within the game. Now, I have to admit, while I didn’t find this as offensive as some of the more vitriolic YouTube or streaming commentators, there is no doubt a pay-to-win element with specific Diablo Immortal game modes that push microtransactions, but the issue is a little more nuanced than with other titles. 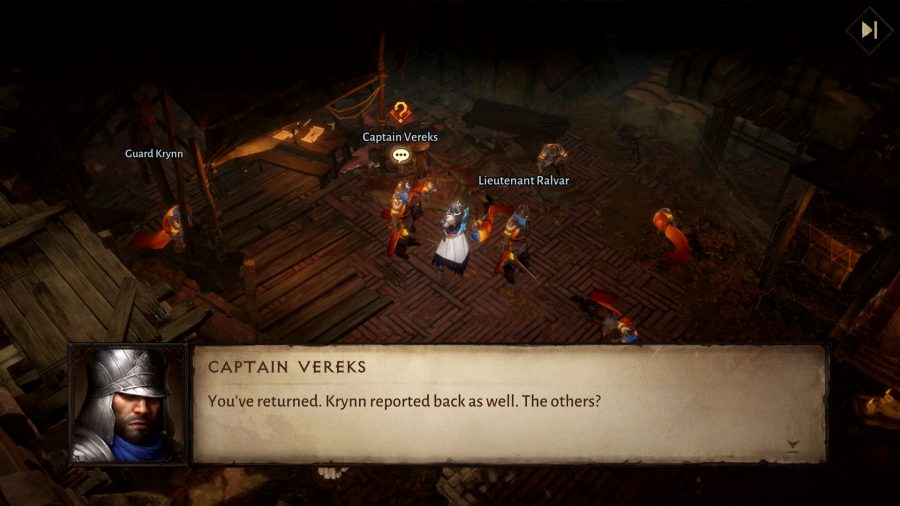 You see, Diablo Immortal’s microtransaction problems probably won’t affect the casual player all too much. For my 20, or so, hours in the world of Sanctuary, I only really noticed the issue when taking part in rifts, Immortal’s version of raids which needs consumable currency to access, just how much a player would have to pour in to get just a taste of what those fully engaging in paid-for content will receive.

However, the rifts gimmick isn’t the only aspect reliant on powering up via currencies only attained through microtransactions, as the community has already noted the difference between pay-to-win players and those playing for free in the battlegrounds PvP mode.

The example of rifts is just more poignant as it is almost hidden that there is a pay-to-win benefit, but you can only access top-tier rift items with legendary crests, and the only reliable way of getting them is with eternal orbs. How do you get eternal orbs? You guessed it. You buy them. And you’ll need the powerful items rewarded from spending legendary crests if you want any chance of keeping up in PvP. 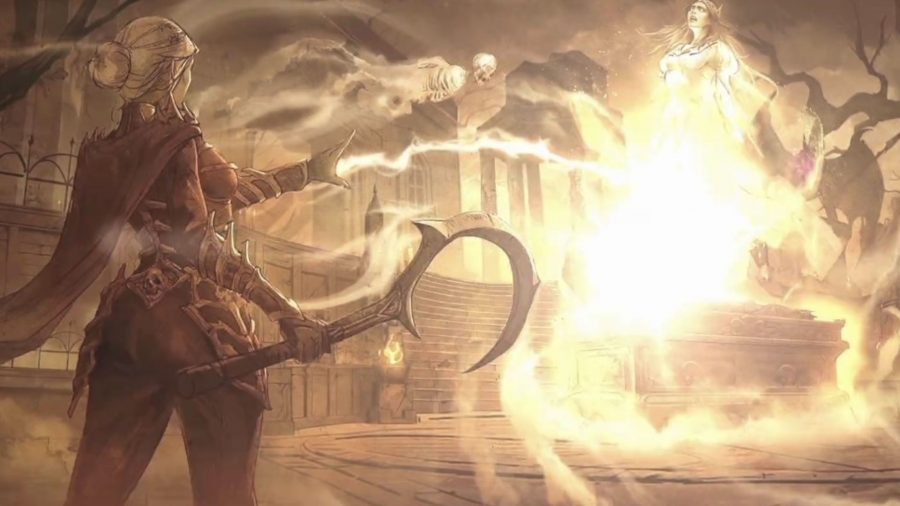 This is tricky as there are two very clear arguments that both make some sense, yet also work against each other. The first is that fundamentally, you should be rewarded for engaging heavily with a game rather than being taken advantage of. For lack of a better example, the paywall in Diablo Immortal is comparable to if the famous end-game battle frontier from Pokemon Emerald was hidden behind a pay-to-play mechanic.

Simply put, if you want to challenge your skills, you need to part with your cash for a suped-up challenge, and that inherently feels as if it’s counterintuitive to the ludo-narrative process. In simple terms, there should be a reward for playing well and playing lots.

However, the argument against that point of view is fairly rational too – if you play enough of a free game, you should support the development of future content by purchasing content. It’s also worth pointing out that these triple-A free-to-play games are only ad-free because of the revenue generated from microtransactions, and that in a market that’s essentially reliant on the concept of microtransactions, Diablo Immortal still lands somewhere in the middle of the worst offenders. 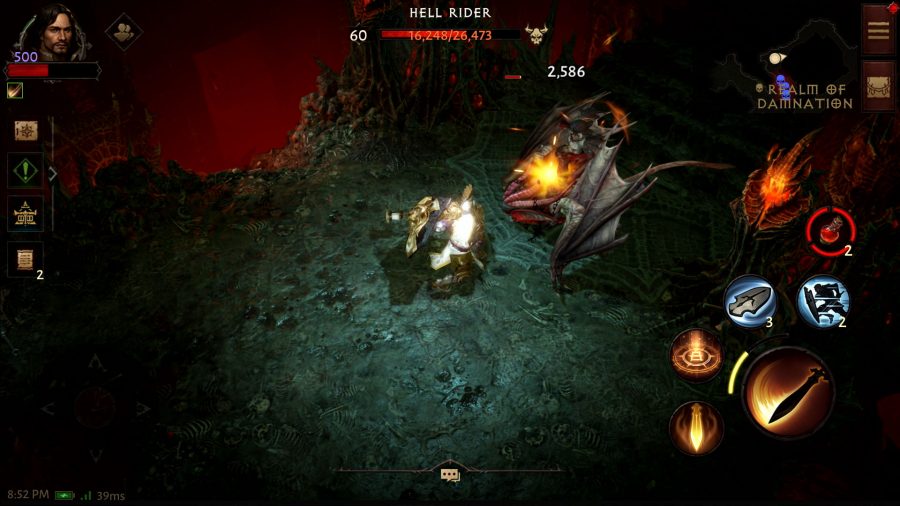 I personally tend to side with the fact that players should be rewarded for their hard work, rather than feel the strain on their wallets if they want to progress through certain milestones. This means I find it hard to appreciate Diablo Immortal fully, as while the vanilla experience is wholeheartedly enjoyable, the draw of Immortal is the cooperative play, and to truly get the most of that, you’ll have to engage in microtransactions, either that, or you have to fundamentally change how time functions so you can fit 60 hours of grinding in a day. It’s your call.

In its current state, the game does not reward you for thorough engagement

All of this leads to a kind of existential crisis for Diablo Immortal – if one of the fundamental differences between this title and previous ones is, at this moment in time at least, a negative factor, why would anyone download this over an older Diablo title except for the reason that it is free? As you may have noticed by now, all of my redeeming factors barre a couple of nice additions that multiplayer brings are things that would have been achievable in the main series, and one that, as a new-to-the-series player, I would have recommended on quest, combat, and mechanical nuance alone.

And I still will recommend you play Diablo Immortal. It’s classic action-RPG fare, a great starting point for those new to the series, and a solid experience for those waiting around for the next core series instalment. As well as all of this, the PvP mechanics do show some growth for the future of the series, and it’ll be exciting to see if the game modes return in a paid-for experience on consoles.

However, I also have to recommend that you don’t fall in love with Diablo Immortal. Not yet anyway. In its current state, the game does not reward you for thorough engagement. If anything, it’s the opposite, and the further you get into the belly of the beast, the more you feel that to emerge from the other side, you may need to dip your hands in your pockets, and until these demons are exercised, the gates of Diablo Immortal’s hell will only feel half-open.