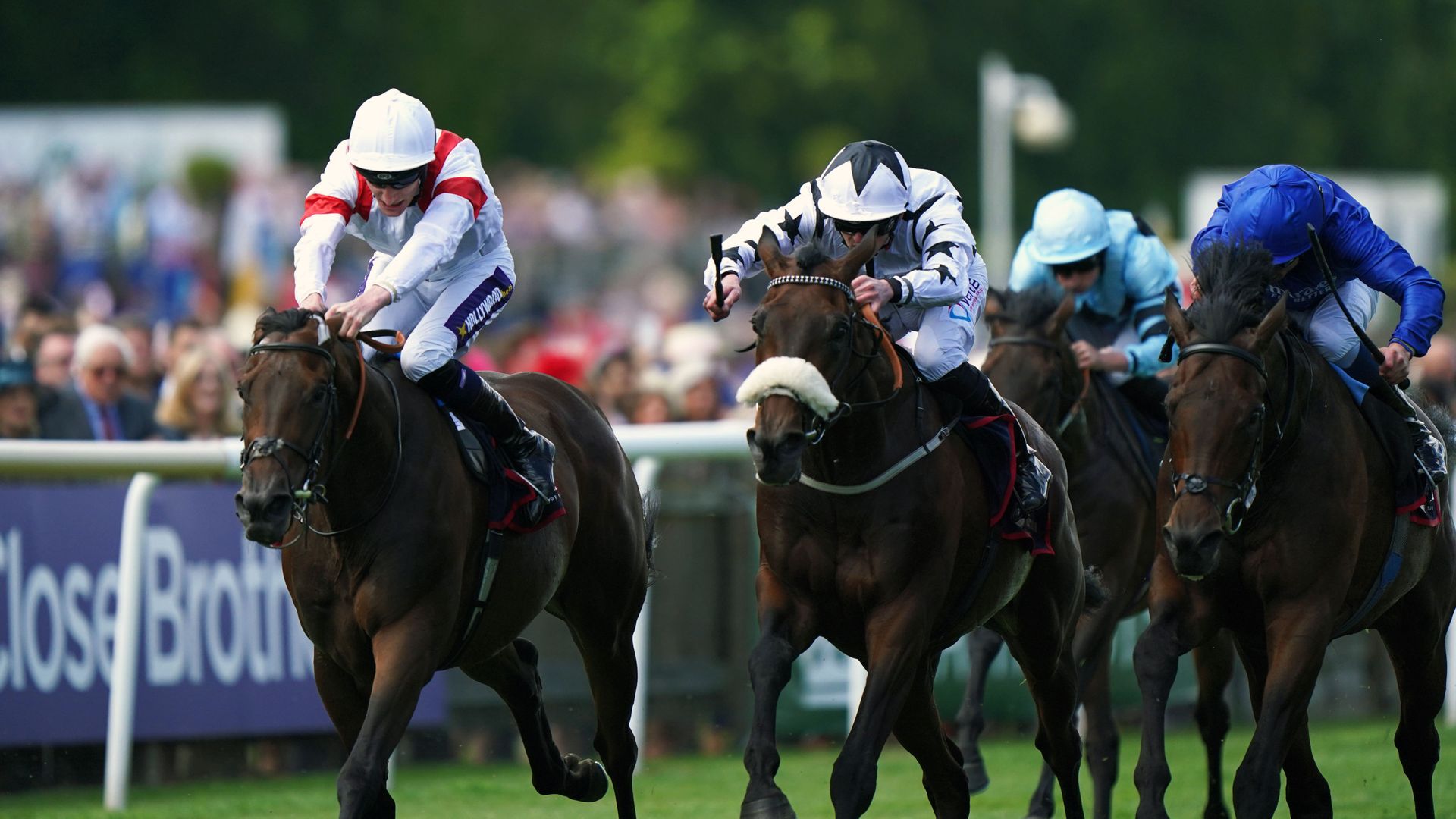 Royal Ascot runner-up Deauville Legend showed plenty of guts to come out on top in the Bahrain Trophy at Newmarket.

James Ferguson’s three-year-old was only a head away from victory in the King George V Stakes at the Royal meeting, but made no mistake in his first foray into Group company in what was a thrilling finish to the one-mile-five-furlong contest.

Deauville Legend was settled tracking the easy lead given to Al Qareem in the early stages, but caught the eye travelling stylishly when the race entered the final three furlongs.

Winning rider Daniel Muscutt asked the gelding to stride to the front as the field hit the one-furlong pole and the duo held on gamely from the rallying Al Qareem and fast-finishing Walk Of Stars.

The victory brought to an end a 70-day losing run for Ferguson, who was saddling his 12th winner of the season.

“Obviously he ran well at Ascot, he’s come on from that and he’s stayed every yard of the trip,” said Ferguson.

“I’m delighted for the owner, he’s been a big supporter of mine pretty much since I started.

“We’ll have a chat about the plan, but there’s Goodwood (Gordon Stakes) to look at and maybe York as well (Great Voltigeur).

“While I would say he was a little unlucky at Ascot he was also beaten by a very good horse in a photo – but I’m not bothered about that now!

“Katie Webber rides him every day, I’m delighted for her and the whole team.”

He added: “He stayed every yard of the trip but the way he travelled you’d have no trouble coming back to a mile and a half.

“You could travel with him now, he’s maturing with every race.”

Karl Burke felt Al Qareem was a little unlucky after Clifford Lee almost got run away with at Ascot.

“At Ascot Cliff was unlucky. We were drawn wide and there were other front runners. We drilled it into him not to get stuck five wide on the first bend. He set him alight a little bit and couldn’t really get him back, but it wasn’t Cliff’s fault entirely,” said the Middleham handler.

“This horse just keeps rolling and we thought we’d get an easy lead today, we said just let him get into a rhythm but you could see after a furlong he almost set himself alight!

“I just wish I’d had a radio in Cliff’s ear to tell him they were coming because all he does is keep galloping. The winner did lean on him and had that happened further out we might have had a case because he was coming right back at him.

“We might look at the Gordon at Goodwood, but we’ve no fixed plans.”