Manchester United have completed the signing of Christian Eriksen on a three-year deal following a rigorous medical.

The 30-year-old has strengthened Erik ten Hag’s midfield options at Old Trafford after opting against remaining at Brentford, where he enjoyed an impressive stint on loan last season.

Denmark international Eriksen will not join United’s pre-season tour of Australia due to the long flight involved from the UK.

The move sees Eriksen reunite with Ten Hag, who helped facilitate the midfielder’s return from the cardiac arrest he suffered at Euro 2020 inviting him to train with Ajax during his rehabilitation.

United were patient in their pursuit of Eriksen and put no pressure on the midfielder for a decision, as they understood his choice would be based on more than just football.

Eriksen was settled in London with his family at Brentford, but has been attracted by the prospect of working under Ten Hag and being part of United’s new era under the Dutchman.

There was no surprise that Eriksen had elite level suitors after his successful half-season stint at Brentford. The Danish midfielder completely changed the fortunes of Thomas Frank’s side, who went from relegation candidates to mid-table security within weeks of Eriksen’s first involvement.

United would have been enthused by how Eriksen completely changed the fortunes of Ivan Toney in west London last season.

The Brentford striker’s goals per game and Expected Goals ratios doubled when Eriksen began starting games for the Bees, while Toney’s number of shots per game and touches in the box improved during that period with the Danish midfielder in the team.

The likes of Anthony Martial and Marcus Rashford – both of whom have been scoring goals for Erik Ten Hag’s side in pre-season – and possibly even Cristiano Ronaldo can receive similar treatment from Eriksen at Old Trafford this term.

Eriksen’s arrival will also relieve some of the pressure on Bruno Fernandes in the attacking midfield role, especially considering rotation will be needed to mount a serious challenge for the Europa League.

At the back end of the season, the Danish international created more assists and chances than both of United’s most creatives midfielders in Fernandes and Fred last season, while the loss of Paul Pogba, Juan Mata and Jesse Lingard has meant some midfield creativity was needed. 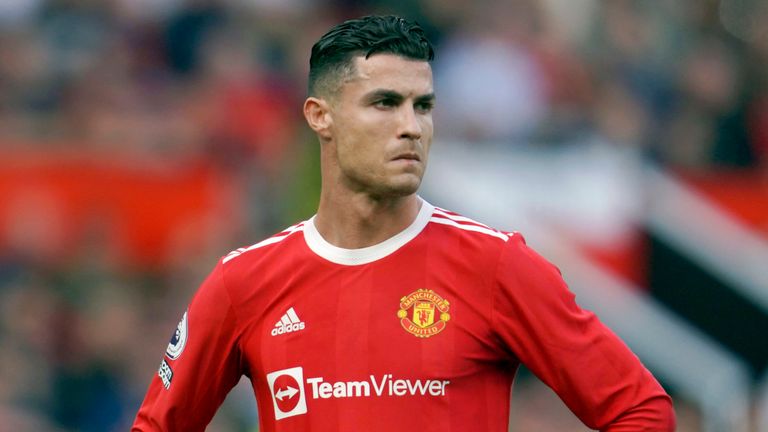 After facing Graham Potter’s Seagulls on Sunday, August 7, live on Sky Sports, United travel to Brentford in the second round of fixtures before hosting rivals Liverpool in a blockbuster early-season clash on August 22, live on Sky Sports.

The final game before the season pauses for the winter World Cup will be against Fulham on the weekend of November 12/13. United then return to action on Boxing Day at home to Nottingham Forest.

2023 will be ushered in by a home match against promoted Bournemouth. Premier League champions Manchester City are next up at Old Trafford on January 14, the return trip to Anfield on March 4, while United conclude their season at home to Fulham on May 28.