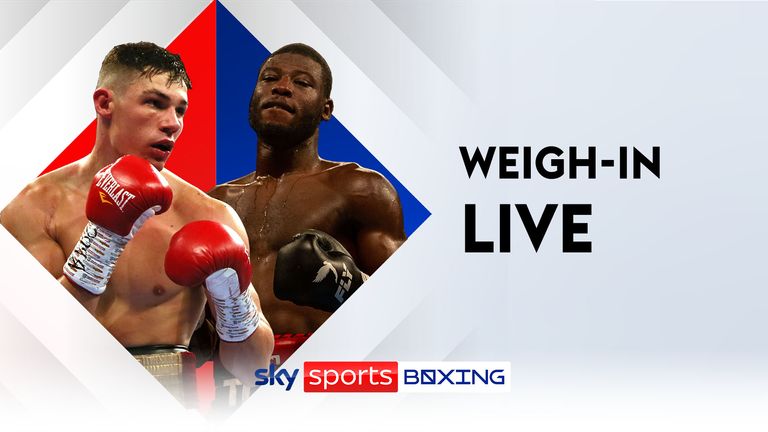 Watch live coverage from the Chris Billam-Smith vs Isaac Chamberlain weigh-in in Bournemouth.

Headlining in his hometown Billam-Smith puts his European and Commonwealth titles on the line against Chamberlain this Saturday, live on Sky Sports.

The bill will also feature the much-anticipated debut of Ben Whittaker. After winning the light-heavyweight silver medal at the Tokyo Olympic Games last year, Whittaker will have his first professional fight on this show against Greg O’Neill.

Two of his Olympic team-mates will be on the card. Heavyweight Frazer Clarke and lightweight Caroline Dubois will have their second and third pro fights respectively on the Bournemouth undercard.

Prospects like Hassan Azim, Mikael Lawal, Joe Pigford and more will also be in action.