The fields, rivers and mountains surrounding sprawling metropolises of Shanghai, Beijing and Shenzhen have become hotspots for city dwellers seeking a break from Beijing’s zero-Covid regime.

Ma Siming, a 29-year-old from Beijing, used to be one of the 150mn Chinese who travelled overseas during vacation. “I can’t go abroad, or even outside Beijing, so I had to find something else to do,” he said.

The fitness trainer has discovered the “charm of being in the wild” and developed a new passion for hiking and camping, spending more than $900 buying high-end camping equipment.

Ma is not alone. Chinese consumers are forecast to spend Rmb35bn ($5.2bn) on camping equipment this year, about a 20 per cent increase from 2021, according to the Hong Kong-based data provider iiMedia Research Group.

Chinese sportswear giant Anta Sports increased its sales by nearly 40 per cent in 2021 to Rmb49bn. The company has built up its portfolio of sports apparel and equipment brands and owns brands including Arc’teryx, Salomon and Peak Performance.

Wang, who did not want to give his first name, said his fishing centre on the outskirts of Beijing has had an influx of young customers coming to the store to try their luck at angling. He said 70 per cent of his clientele are new to the sport and have come after watching fishing videos on platforms such as Douyin, the Chinese sister version of TikTok.

Yang Hang, a 25-year-old nature education teacher, was introduced to fishing by a friend after being locked down at his home in Fangshan for a month in May. He got more friends hooked.

“Human-to-human transmission has occurred,” he said. Hang has spent Rmb2000 on equipment so far. “First you have to go to the mountains, so the views are always good. And the feeling of finally catching a fish makes me so happy.”

China’s international borders have been shut for more than two years, dealing a crushing blow to tourist destinations overseas that benefited from the influx of cash-rich travellers.

People had largely been free to travel within China until the recent outbreak of Omicron prompted provincial leaders to implement internal quarantine measures. Those restrictions have barred affluent city dwellers from leaving their province and going to popular holiday spots such as the tropical southern island of Hainan.

Before the pandemic, China’s citizens collectively made 3bn domestic trips every year, a number that has been sliced in half since the virus outbreak, according to research group Daxue Consulting. 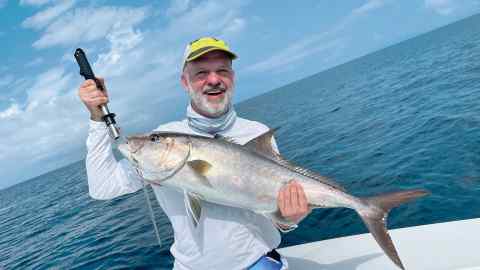 Urbanites including Jack Liu, a tech worker from Shenzhen who is in his 30s, now go on luxury camping or glamping minibreaks in the city.

“It’s so popular in Shenzhen. The parks are full of tents,” he said, explaining that the glamping sites are an excellent place to take pictures for social media and hang out with friends.

Daxue Consulting’s Noel said there had been a rapid growth in the number of glamping sites with all the “comforts of a five-star hotel”.

But nature lovers warn of the impact this stampede of new campers and hikers has on the natural environment. Ma said the mountains near Beijing were close to being “trampled bald”.