Wrapping up the Chelsea transfer news, rumours and gossip in the 2022 summer window.

Raheem Sterling has agreed personal terms with Chelsea and confirmation of his move from Manchester City is now imminent.

The England international headed a shortlist of Thomas Tuchel’s attacking targets and had entered the final year of his contract with City, who are grateful for his service and will not obstruct his desire for greater minutes and status elsewhere.

Pep Guardiola has repeatedly stated “I don’t like to keep players that are unhappy” and was open to allowing Sterling’s exit this summer, even to a Premier League rival, on condition that an acceptable bid in the region of £50m is tabled.

Tuchel was desperate to add a decisive edge in the final third to cure Chelsea’s goalscoring issues and new Blues owner Todd Boehly had been in touch with City to discuss figures and the structure of a deal.

Chelsea’s Timo Werner, Christian Pulisic and Hakim Ziyech are at risk of the axe with more changes expected at the London club (Daily Mail, July 5); AC Milan are working on a deal to sign Hakim Ziyech. The Serie A champions are currently discussing a loan deal with Chelsea (The Athletic, July 5).

Chelsea are concentrating on a deal for Raphinha but have also discussed moves for Cristiano Ronaldo and Neymar.

Bayern Munich want to sign Chelsea target Matthijs de Ligt with negotiations already in full swing between the German champions and Juventus for the defender, according to Sky in Germany.

Sky in Italy reported in June that De Ligt was one of Chelsea’s transfer targets this summer, but the player is understood to be keen on a move to the Allianz Arena. However, the fee to lure De Ligt away from Juventus may be an issue for Bayern, especially if it is north of £51.7million (€60m).

Newcastle are interested in signing Chelsea striker Armando Broja this summer and have discussed him as a potential loan signing.

Chelsea intend to assess Broja in pre-season before making a decision over his future. The Blues are short of options up front after allowing Romelu Lukaku to return to Inter Milan on loan.

Broja, who spent last season on loan at Southampton, is also attracting interest from the Saints and West Ham.

Chelsea in talks with Leeds over deal for Raphinha

Chelsea are in talks with Leeds over a deal for Raphinha, with the Blues prepared to pay in excess of £50m to get the deal done.

A look back at Raphinha’s best Premier League goals, as the Leeds winger attracts interest from several top clubs after another brilliant season

Chelsea’s bid has at this point trumped Arsenal, who had an opening bid rejected but are expected to go back in with an improved offer. Chelsea are also in for Raheem Sterling with Manchester City expecting to field a bid for the England international after Thomas Tuchel engaged Sterling over how he would fit in at Stamford Bridge.

Barcelona are also understood to want to sign Raphinha, whose agent is the former Barca player Deco.

Romelu Lukaku is officially an Inter Milan player again after completing his season-long loan move from Chelsea, with no obligation to buy.

Inter will pay Chelsea a loan fee of £6.9m plus £3.5m in bonuses if they win the Scudetto, and will cover all his wages this season.

Lukaku has agreed to a 30-per-cent pay cut to smooth his exit, with his earnings set to drop from £10m per year after tax to £7m.

AC Milan are confident they will be able to finalise a deal to sign Chelsea winger Hakim Ziyech this summer, according to Sky in Italy.

New contact has been made between the two clubs with Milan keen to make their first addition to this season’s squad.

Ziyech has been with Chelsea since February 2020 when he moved to London from Ajax for £33.3m. 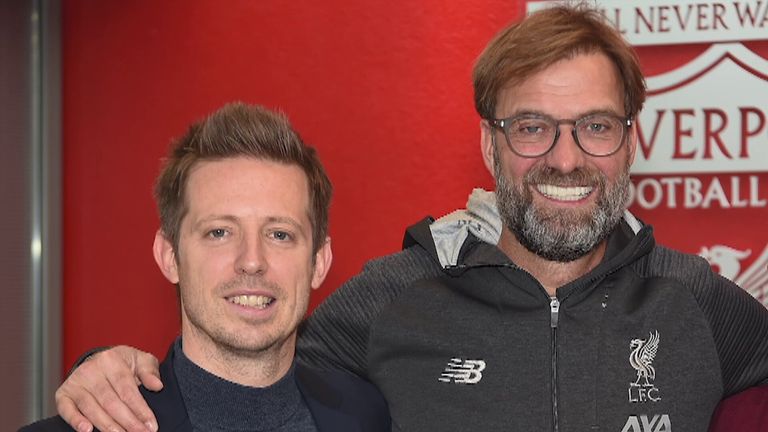 What should we expect from Chelsea this summer?

Michael Edwards, the architect of Liverpool’s recent successes in the transfer market, is among the options being considered by Chelsea to become their new sporting director (The Times, June 22).

The new owners are set to splurge around £200m with Sevilla’s Jules Kounde, Brighton’s Marc Cucurella and Manchester City pair Gabriel Jesus and Raheem Sterling on a hitlist that also includes Robert Lewandowski and Ousmane Dembele – (The Sun, June 10).

Chelsea target Ousmane Dembele will decide on his future in the next 72 hours. Dembele is one of the most sought-after players in this summer’s transfer window because his contract with Barcelona is due to expire on June 30 (Daily Mirror, June 27).

Chelsea could be in line for a busy transfer window as Thomas Tuchel eyes a summer clear-out following the completion of the club’s takeover (Daily Mirror, June 10).

New Chelsea owner Todd Boehly was permitted to hold back more than £100m from his purchase of the club amid concerns they will be hit with costs over liabilities from the Roman Abramovich era. (Daily Telegraph, June 9).

Who have Chelsea been linked with?

Matheus Nunes – Chelsea are ready to make their first signing of the summer by pressing ahead with a €50m offer for Sporting Lisbon’s Matheus Nunes (A Bola in the Daily Mail, July 6)

Raphinha – Barcelona have reportedly agreed to meet Leeds’ £60m asking price for Raphinha, putting a deal with Chelsea in serious doubt (Daily Star Sunday, July 3); Chelsea’s hopes of signing Raphinha from Leeds appear to be over after a new report revealed the Brazilian winger would ‘rather stay put’ than join the Blues (Sunday Express, July 3); Barcelona are ready to make an offer worth up to £60m for Raphinha in an effort to beat Chelsea to the signing of the Leeds United forward (The Times, July 1).

Ousmane Dembele – Chelsea have suffered another transfer blow from Barcelona after they reached an agreement with Ousmane Dembele over a new contract (Sunday Express, July 3); Chelsea could be set to land Barcelona flop Ousmane Dembele on a free when his contract expires next week (Daily Star, June 27); Chelsea transfer target Dembele has reportedly told Barcelona boss Xavi that he would like to stay at the Nou Camp (The Sun, June 22).

Mohamed Salah – Mohamed Salah was prepared to move to Chelsea before his new deal made him the highest-paid player in Liverpool history (The Sun on Sunday, July 3).

Frenkie de Jong – Chelsea are monitoring developments in the proposed move of Frenkie de Jong from Barcelona to Manchester United and are ready to step in to snatch the midfielder away if it breaks down (The Guardian, July 2).

Matthijs de Ligt – Chelsea’s negotiations with Juventus over a move for Matthijs de Ligt are progressing (Daily Telegraph, July 1); De Ligt is keen on a move to Stamford Bridge. The 22-year-old Dutch defender who is on around £200,000-a-week and his wages and current deal is one of the reasons why Juventus are open to letting him go for around £70m (Daily Mirror, June 27).

Nathan Ake – Talks are continuing regarding a return to Stamford Bridge for Nathan Ake from Manchester City (Daily Telegraph, July 1); Manchester City will tell rivals Chelsea to forget about re-signing centre-back Nathan Ake on the cheap this summer (The Sun, July 1).

Kalidou Koulibaly – Chelsea have turned to the Napoli defender in their search for a new central defender (The Mirror, June 30); Chelsea have been handed a double blow in their pursuit of a new centre-back this summer, with Juventus set to bring Napoli’s Koulibaly to the Old Lady – the move would signify a further blow for the Blues, with Juventus keen to pair Koulibaly with fellow target De Ligt (The Sun, June 19).

Gabriel Jesus – Tottenham, Arsenal and Chelsea are in a three-way battle for Brazilian stars Richarlison, Raphinha and Jesus (The Sun, June 23); Chelsea are one of the clubs to show an interest in Jesus (Sky Sports, June 17).

Yannick Carrasco – Manchester United, Chelsea and Tottenham are exploring the prospect of signing Atletico Madrid star Carrasco this summer after his release clause emerged, according to reports in Spain (Daily Mirror, June 23).

Allan Saint-Maximin – Newcastle could have to sell their prized asset Saint-Maximin in a bid to raise funds and offset their spending – with the Magpies struggling to offer the frustrated Frenchman a greater wage, leaving Premier League rivals such as Tottenham and Chelsea on alert (Daily Mail, June 22).

Jules Kounde – Sevilla director of football Monchi has provided an update on the future of French defender Jules Kounde amid interest from Chelsea. He confirmed there is interest from England but says Barcelona’s Xavi is a fan. (Daily Mirror, July 5); Chelsea have reportedly been warned by Sevilla defender Kounde’s representatives that they must begin to make more of an effort to sign him as talks continue to stall due to differences in transfer valuation (Daily Express, June 20); Barcelona are set to deal Chelsea a massive blow by hijacking their long-time efforts to sign Kounde, with local reports suggesting talks are already at an advanced stage (Daily Mail, June 16).

Milan Skriniar – Chelsea have made Inter Milan star Milan Skriniar a top target this summer and are reportedly prepared to offer players in exchange to sign the defender (The Sun, June 14); Chelsea want to sign Skriniar from Inter Milan and would favour a swap deal to minimise spending, with Ruben Loftus-Cheek among those being considered (Daily Express, June 13).

Thomas Strakosha – Chelsea are considering a move for goalkeeper Thomas Strakosha on a free transfer should Kepa Arrizabalaga exit Stamford Bridge this summer, according to reports (Daily Mail, June 15).

Wesley Fofana – Leicester City are attempting to fend off interest from Manchester United and Chelsea in their centre-back Fofana (Daily Express, June 9).

The latest players linked with a Chelsea exit

Hakim Ziyech – Chelsea expect to agree a deal with AC Milan for winger Hakim Ziyech but Christian Pulisic is in no rush to leave after being discussed as a makeweight in the bid for Juventus defender Matthijs de Ligt (Daily Mail, July 4); AC Milan are confident they will be able to finalise a deal to sign Chelsea winger Hakim Ziyech this summer (Sky in Italy, July 2).

Levi Colwill – Southampton are considering a move for the Chelsea youngster as Ralph Hasenhuttl looks to continue his youth revolution (The Sun, June 30); Leicester and Southampton are interested in signing Colwill, with the centre back ready to seek a fresh challenge if there is no prospect of breaking into the first team at Chelsea (The Guardian, June 29).

Emerson Palmieri – Lazio are reportedly set to open talks with Chelsea over a move for Emerson (The Sun, June 23).

Reece James – Manchester City and Real Madrid are on red alert with Chelsea yet to approach James over a new contract despite becoming a key member of their first-team squad (Daily Mail, June 10).

Christian Pulisic – AC Milan and Juventus are keeping tabs on Chelsea winger Pulisic after he admitted to being concerned over his playing time at Stamford Bridge (Daily Mail, June 4).