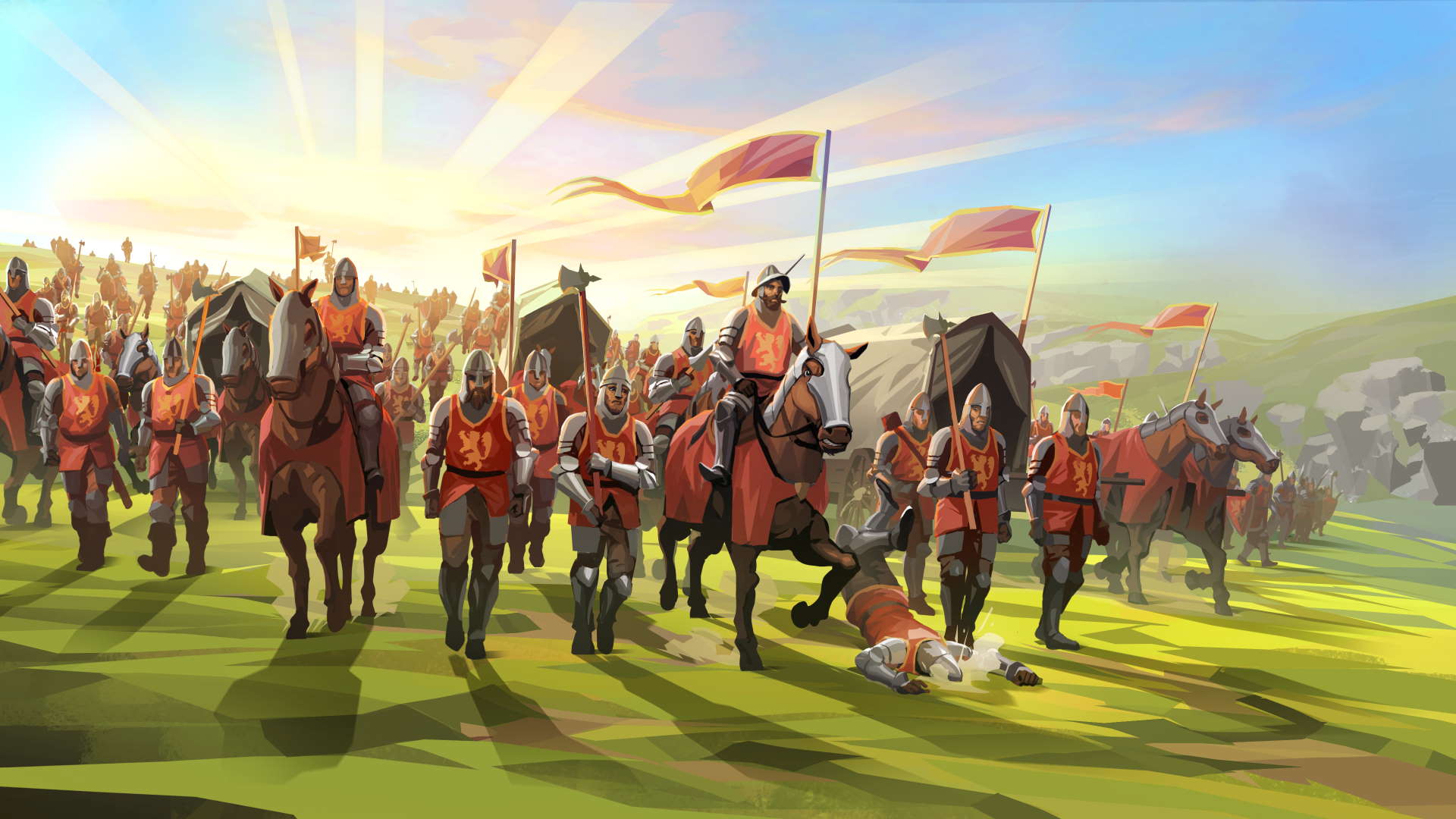 Kingdom Maker offers a new twist on the mobile strategy genre, incorporating humour, extensive personalisation, and epic combat into a neatly packaged 4X game. Players can create their own ruling dynasties, use members of the royal house in combat, create their own city, and fight off any attackers who compromise the might of their kingdom.

Scopely, the maker of Star Trek Fleet Command and Marvel Strike Force, has launched Kingdom Maker with a fully formed and stylised world to get immersed in. The game drops you into a quirky medieval world, dresses you in royal garb, and partners you up with a wise-cracking owl companion who tries his best to help you navigate the demands of your rule.

Kingdom Maker allows you to launch headfirst into battle, loot the scattered ruins of your enemies encampments, and capture land by force. Or, of course, you could always negotiate your way around things – charming everyone in your path and creating a formidable bank of allies. Will you be a benevolent ruler, or a dastardly despot?

Although the game does give you a cursory walkthrough, we thought we’d bestow some kingly knowledge and help you sort your bards from your barracks.

You may find yourself swiping through the story from force of habit, but this isn’t one of those 4X games where the narrative is surplus to requirements. In fact, you’ll be able to engage in a significant amount of medieval roleplay if you allow the story to unfold. The people you talk to, the children you have, and the paths you choose will all become increasingly important.

Take your time and create a memorable character during the tutorial, and then begin thinking about your strategy and design your dynastic flag. Will you ride into battle alongside your men, or let others face the danger?

It’s also worth keeping an eye on allies and family. Your children will inherit certain traits – or develop their own – which may change how they rule the kingdom in years to come.

Your army is possibly the most important factor, even if you go for a more diplomatic route. There are some orcs who just won’t listen to sense, and it will pay to have a sturdy line of defence when they come knocking. You have to train your armies yourself, by using the Barracks, but will be rewarded with immersive battle footage that shows each twist and turn as it happens.

An army is built from Infantry, Mounted, Ranged, and Siege Machines – each with their own unique benefits and drawbacks. It pays to watch your army and take note of each unit so you know which to invest in at each stage. Don’t forget – every unit can also be upgraded, so take care of that before you spread your army too thin.

While you’re at the lower levels, make sure you check your strength in comparison to other armies before wading in, but don’t be afraid to take some small risks. At this stage you want all the XP you can stockpile.

Farming is also hugely important if you want to keep those troops (and citizens) fed. You can’t expect them to train without proper sustenance. You’ll need to farm food – by raising animals and planting crops – but also use a sawmill for wood, a stonemason for stone, and collect silver by enforcing taxes. Gold can be collected through daily goals, objectives, or purchased with real-world money.

Creating your own self-sustaining kingdom is one way to go about it, and certainly in the early game you should be aiming for that, but pillaging the resources of those you have destroyed in battle is also a valid option. Most settlements will contain a bunch of all of these resources when you loot them.

You should never leave your settlement without some kind of goal in mind, and should start planning the layout early on in the game. Keep everything where you can see it, and try to always have something being built in the background.

Having a big family is a great way to make sure you are always doing something interesting, as while one character cools down, another can leap into action. It’ll also ensure that if some of you are tragically slain in battle, the dynasty will live on.

Those are all our tips for the early game, but the best way to learn is always to throw yourself in, learn by clicking around and listening to the story as it unfolds. Download Kingdom Maker for mobile today.