Hello gentle readers, and welcome to the SwitchArcade Round-Up for July 28th, 2022. It’s mighty Thursday today, and we’ve got a big-pants list of new games for you to check out. A few really interesting ones, a few really bad ones, and a whole lot of in-between. We’ve got summaries of all of them, as always. After that, it’s time for the ever-present lists of new and expiring sales. Let’s get into the mix! 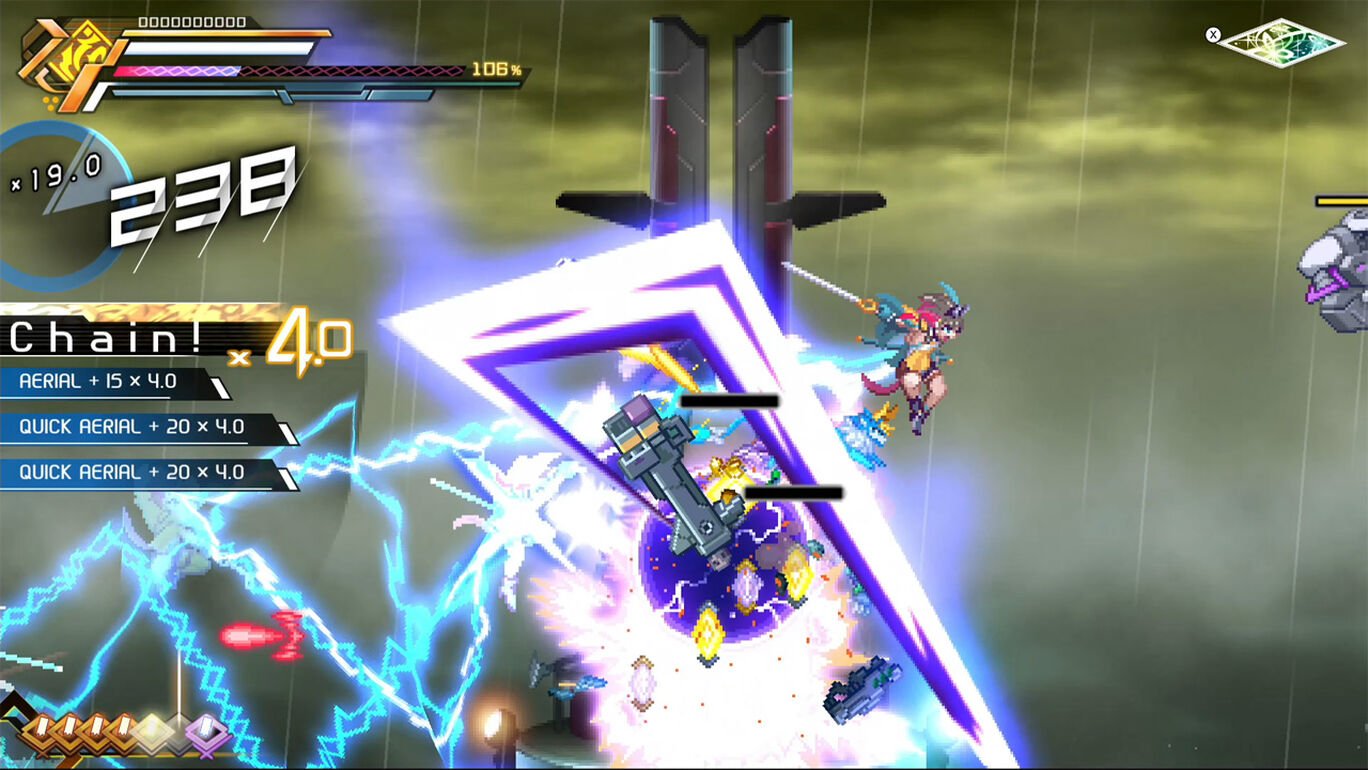 After six long years and a few spin-offs, Azure Striker Gunvolt is back with a third game. Gunvolt and newcomer Kirin blaze into this adventure, and the fact that it’s designed for the Switch instead of the Nintendo 3DS means you can look forward to some juiced-up action in more ways than one. Despite the new hardware, fans of the previous Gunvolt games will find this game fits like a comfy pair of shoes. 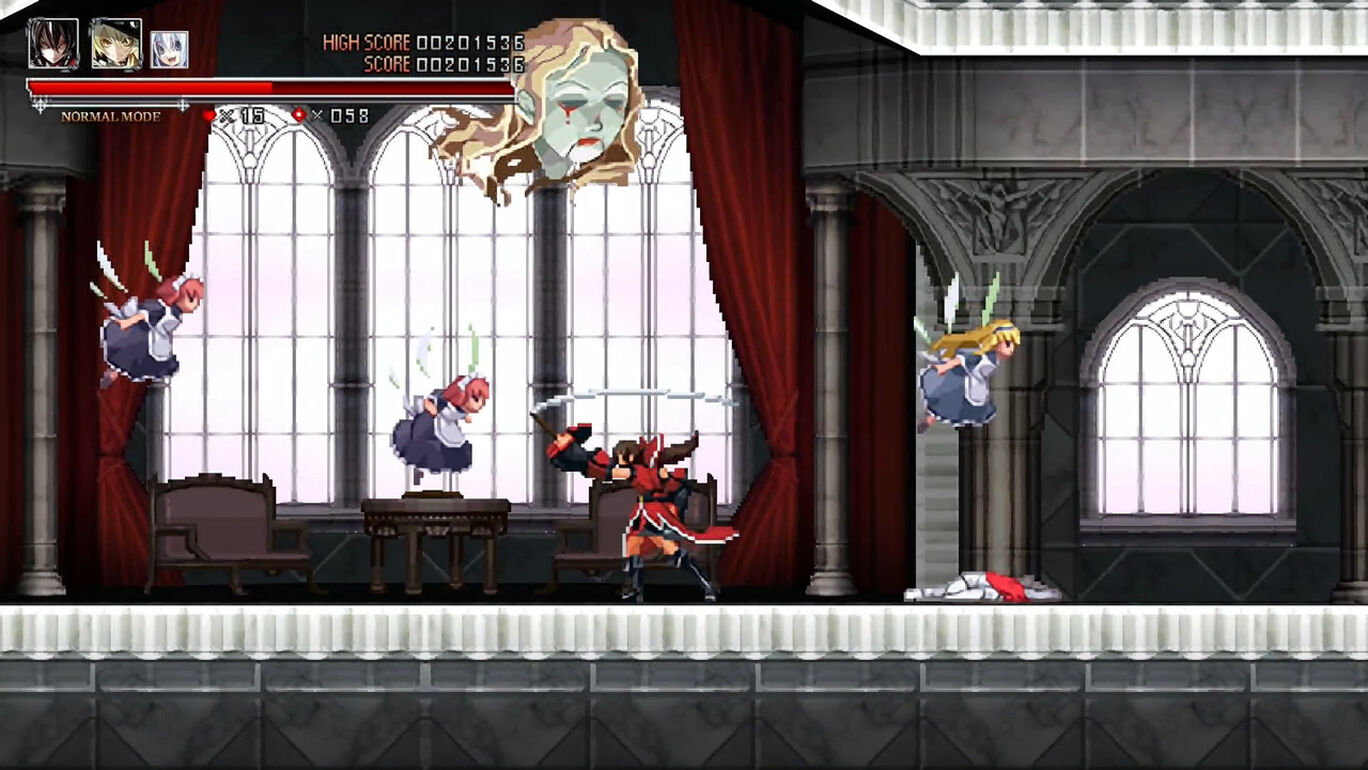 It’s another Touhou Project game, this time biting off of the Castlevania series, specifically Symphony of the Night. That doesn’t mean it isn’t loaded up with the usual Touhou bullet hell nonsense, though. The bosses can get pretty wild. It’s a very, very tough game. But it plays well and the presentation is most agreeable to this old vampire-slaying fan. I’ll have a review of this one as soon as I can drag my apparently weaksauce butt through the rest of it. 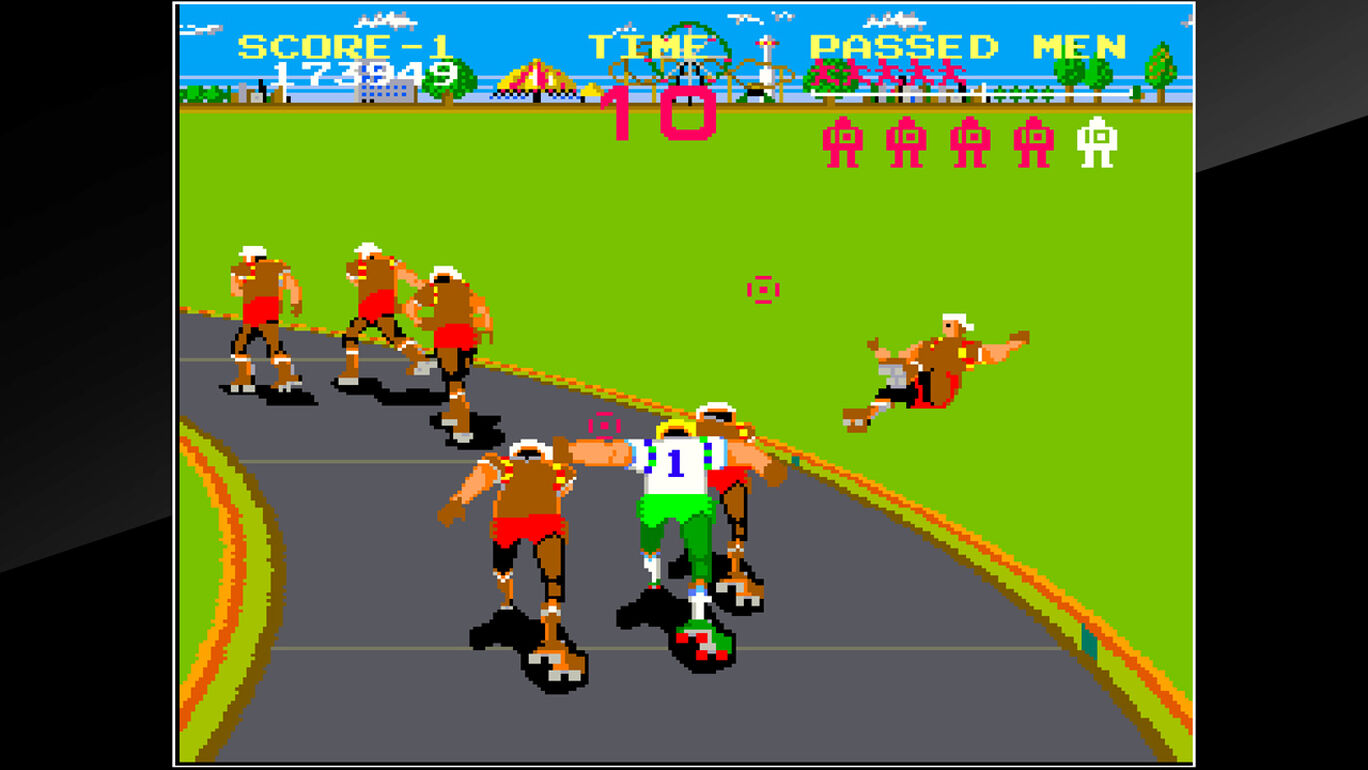 We’re heading back into the weeds for this one, folks. There are some fairly big games coming soon in the Arcade Archives line this summer, but there will always be gaps in the schedule and that is where the Nichibutsu catalog comes in. This is a 1984 behind-the-back racer that distinguishes itself by swapping cars for roller skaters. You can and should beat up the other racers on the road, making this a weird forerunner of sorts to the likes of Road Rash. If you’re tired of the usual stuff in the Arcade Archives line, this is certainly not that. 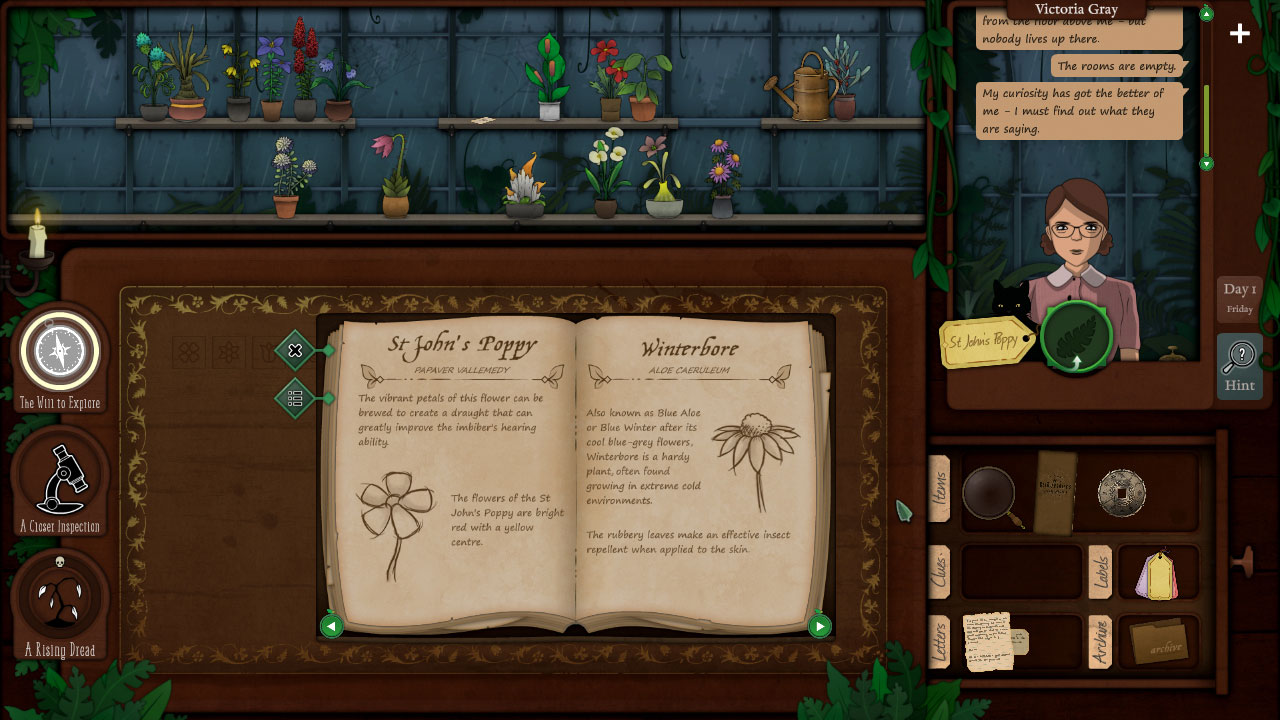 Here’s a neat one. You play as the owner of a local plant shop in a slightly offbeat town surrounded by mountains and forests. A strange town naturally has strange residents, and many of them are going to stop by your shop. You need to find and identify plants and use them to influence the story, and it’s quite a tale. It might sound like an adventure game, but it’s really more of a puzzle game. Kind of a mystery game, too? There’s really nothing else out there quite like it. If that’s what you’re after today, this will serve you well. 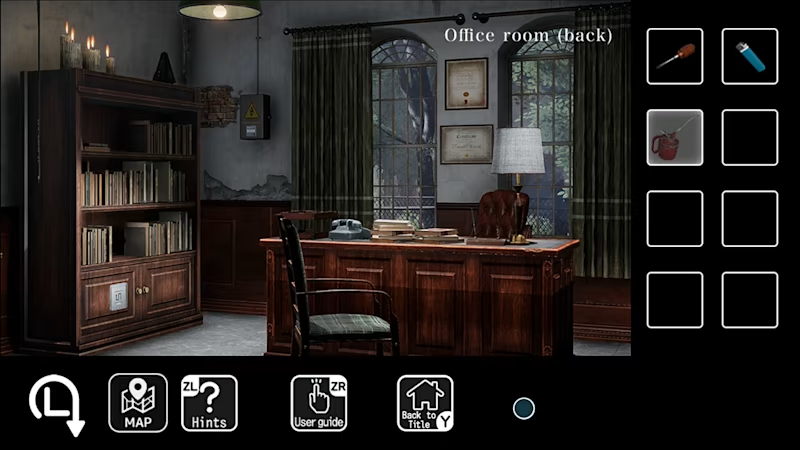 Yes, we’re escaping rooms again. This time it’s in a spooky hospital. I’m sure everyone reading this knows where they stand on this kind of game, and this kind of theme. This particular one doesn’t go very far outside the lines, but it does its job. The rest is up to you. 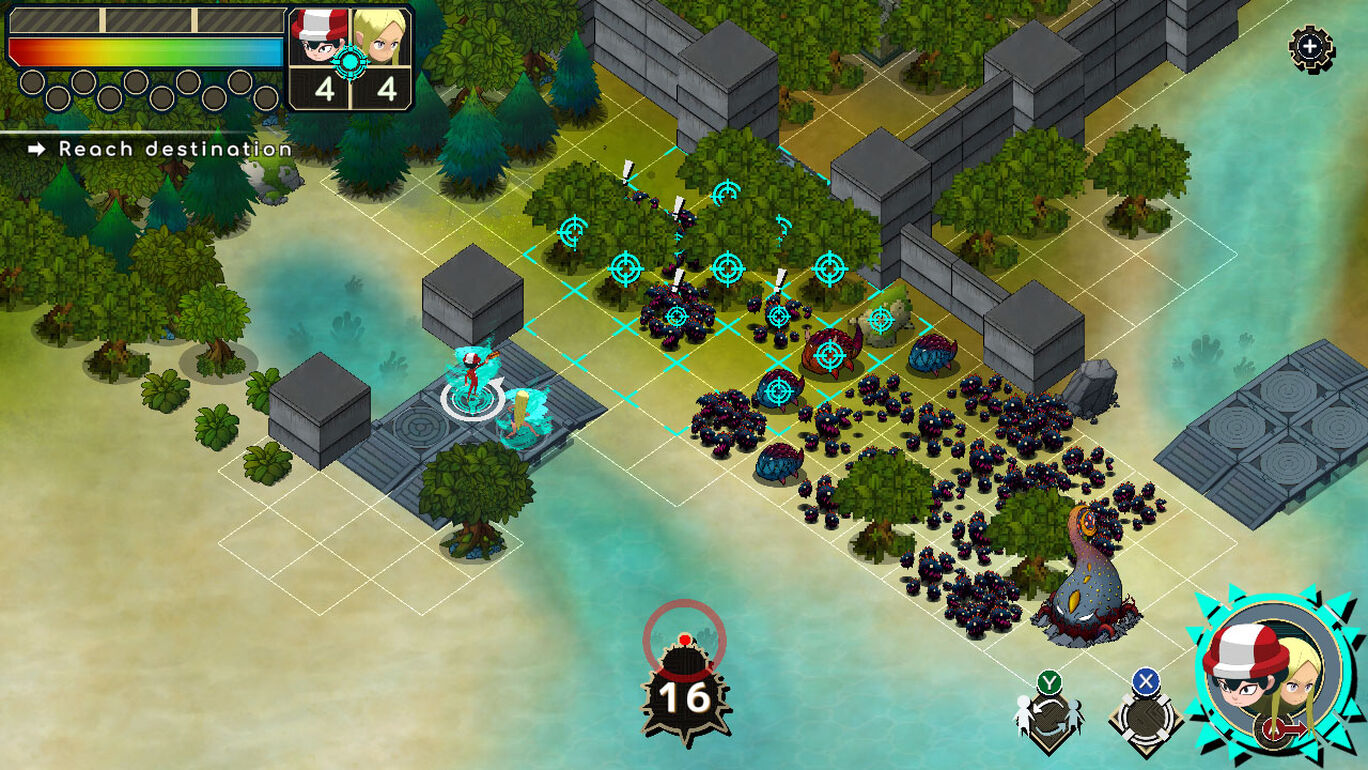 This could be awesome, or it could be not-so-awesome. It’s a tactical RPG starring a kid with a wild imagination who daydreams about being a superhero. As he is a kid, he also daydreams about some of his favorite comic characters joining him on his adventures. Loid Forger from Spy X Family (c’mon, no Yor or Anya?), Slime from Slime Life (he’s such a good boy), Hibino Kafka from Kaiju No. 8, and more characters guest star in this game. I haven’t had a chance to play this yet, so I really don’t know if the reality lives up to the admittedly promising premise. 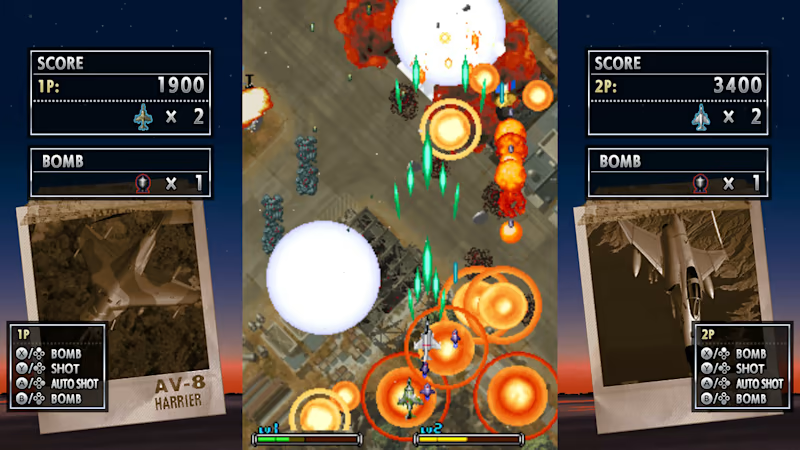 It seems that City Connection is finally swinging back around and individually releasing the remaining titles from the Psikyo Shooting Stars collections that didn’t make it to the North American eShop before. Here’s Strikers 1945 III, a solid vertical shoot-em-up with a timely fighter jet theme. Features all of the same options as other Psikyo individual releases, and all of the same iffy input lag too. Yay! Unless you only want this game specifically, I’d recommend buying the Psikyo Shooting Stars collection over this separate release. It’s a far better value. 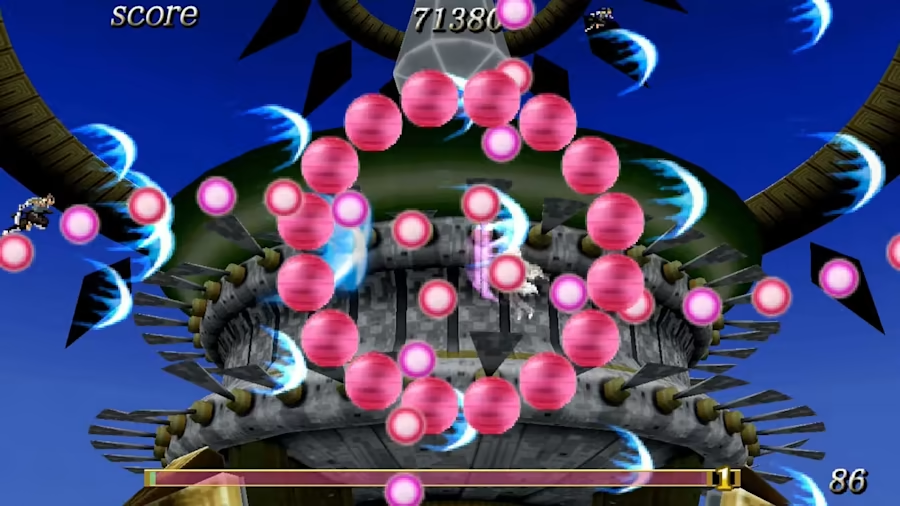 And here is the other Psikyo game that hadn’t had an individual release. It’s a horizontal shooter, and it’s one I’ve never really gotten on with very well. It’s worth noting these releases hit the Japanese eShop literal years ago, and the feature set in them feels very “early Switch era”, if that means anything to you. Unfortunately, the poor input lag here is no different from the Psikyo Shooting Stars sets. As mentioned with Strikers, if you want these games you’re far better off buying the sets for thirty dollars than one release for ten unless you really only want this one. 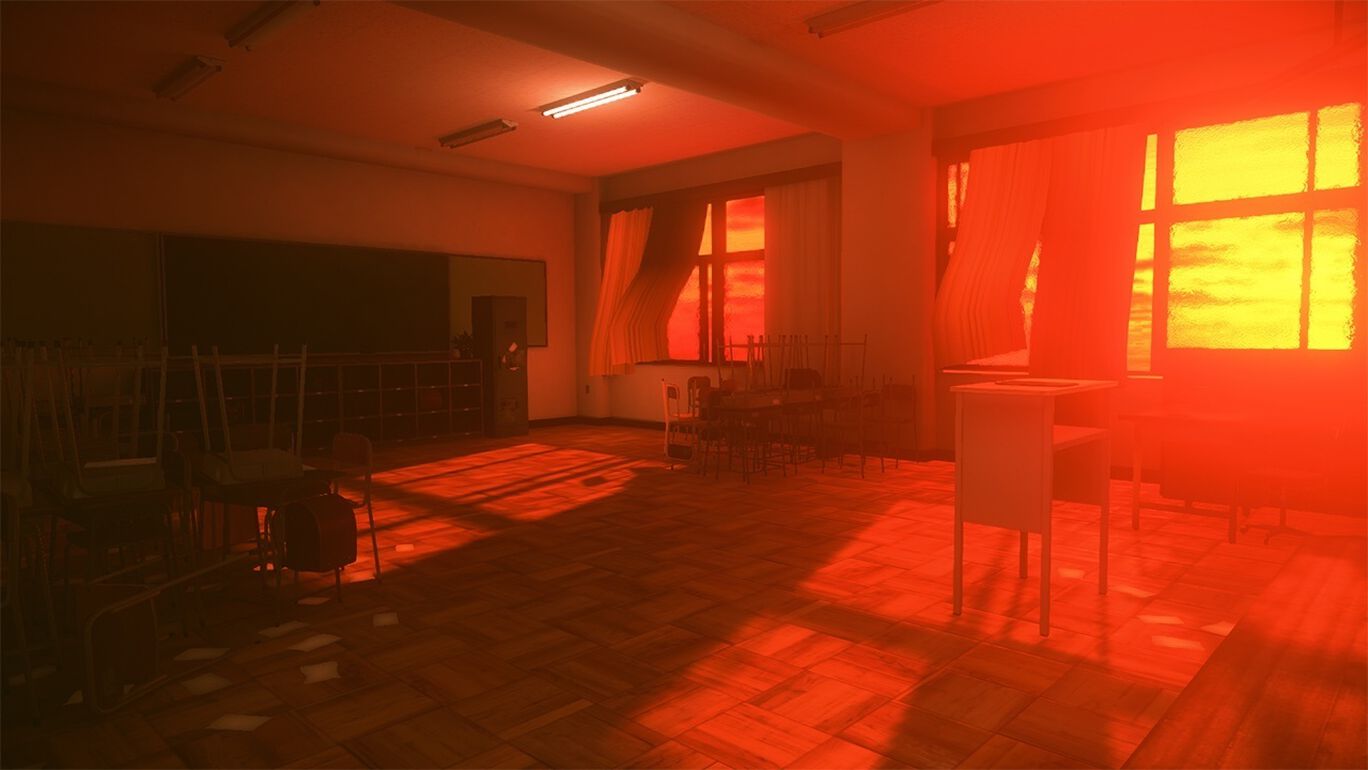 The Switch has already seen a visual novel spin-off of this, but here’s the main game. It’s a horror game with a strong Japanese vibe to it where you play as a ten-year-old girl who has to play a deadly game with some otherworldly creatures. Each day sees you exploring to find a doll, which you’ll then have to bring back to the start as all manner of dangerous forces nip at your tail. You have no means of defending yourself, so you’ll have to rely on stealth and quick moves to stay alive. The atmosphere is done well enough, but reviews haven’t been kind to this game on other platforms and I doubt that will change here. 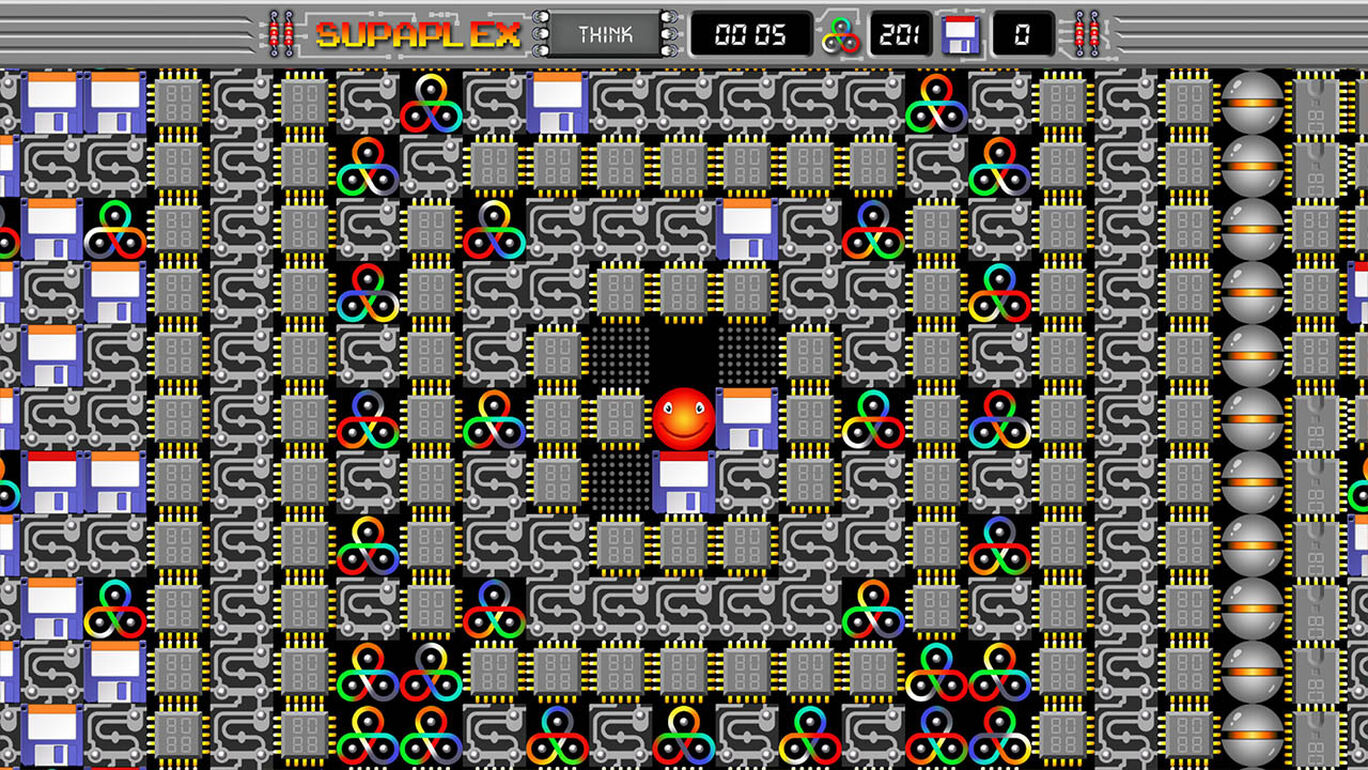 Yes, it’s more Supaplex. I suspect it will not be the last. You get sixty more stages here, this time with a focus on challenging puzzles that you’ll really have to use your head to solve. It’s not like it’s bad or anything, so long as you aren’t exhausted with the concept yet. I feel this may be starting to push it for a lot of people, though. 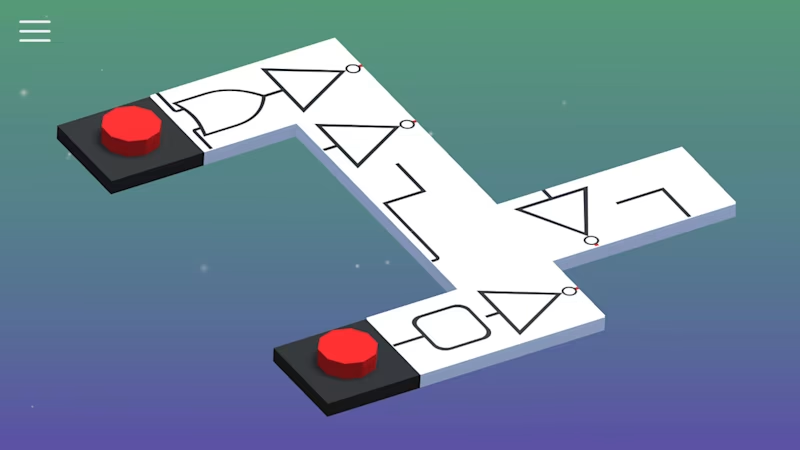 Puzzletronics is back, and it’s more or less the same as before. Move the pieces to make the logic circuits work. Soothing stuff, if your brain is wired right for it. You get 135 new levels to play, so if you didn’t get your fill with the first one you’ll be all set for a while with this. 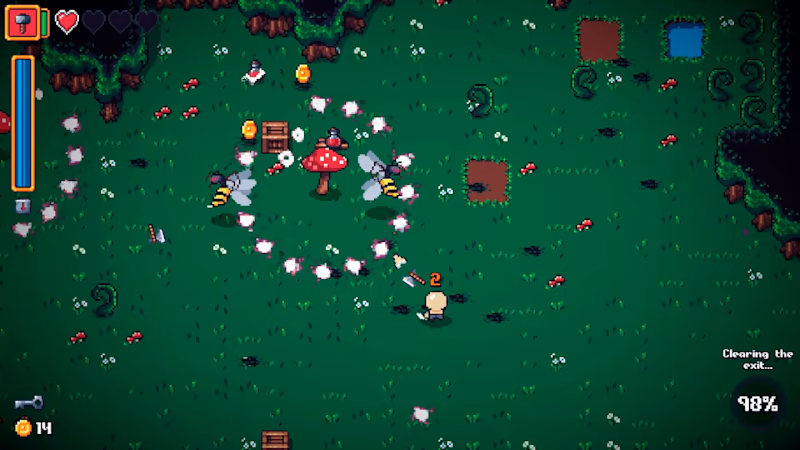 This looks like about as generic a top-down roguelite hack-and-slash as you can get. But for five dollars, that may be enough. You have seven different characters, most of whom will need to be unlocked, and a fair bit of loot in the form of weapons and runes. One nice feature is the local co-op multiplayer, which allows you to pull a buddy in for some mindless action. 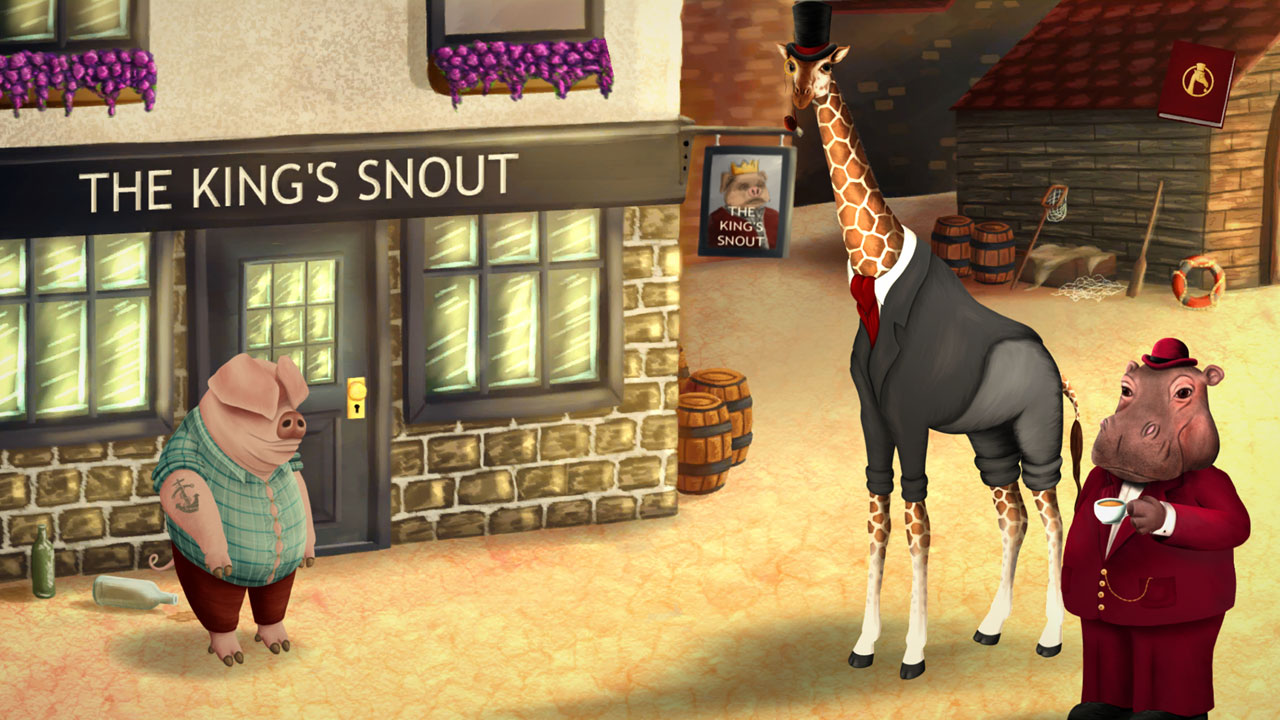 An adventure game set in the 1920s featuring a gentleman giraffe detective and his helpful hippo sidekick, Lord Winklebottom Investigates is a decent example of the genre that is elevated by its absurd sense of humor. Search for clues, talk to strange characters, capture the killer, and find out the dark secrets behind it all. The giraffe is smoking a pipe, and if that doesn’t at least merit some curiosity I don’t know what does. 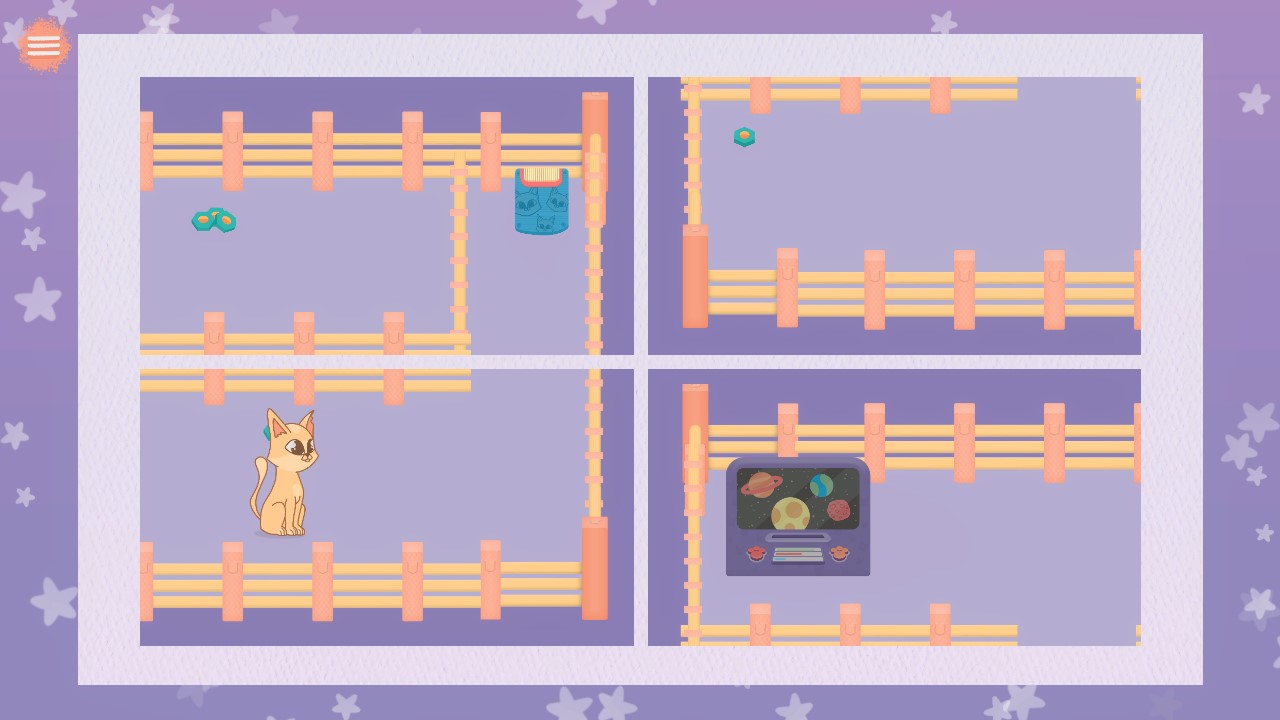 And here’s a follow-up to Romeow: In the Cracked World. Like the first game, each stage takes the form of one area broken up into pieces and shuffled around. Your aim is to collect whatever items you need to and reach the goal. There are forty levels, and while they do become more difficult as they go, it’s a fairly low pressure experience on the whole. Maybe that is what you are after today? 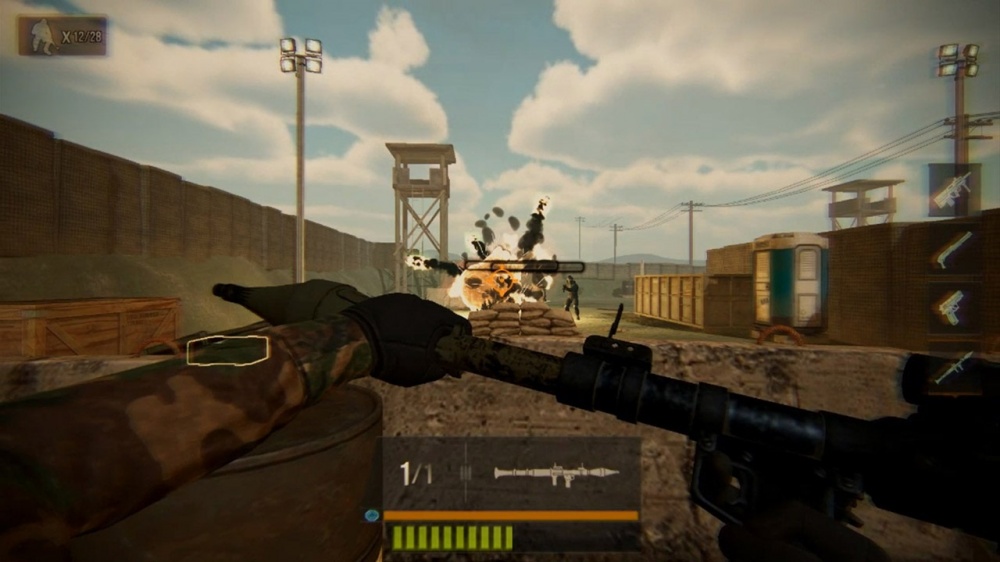 You know, I almost wish Activision would put out some form of Call of Duty or another so that Switch owners looking for that kind of thing didn’t have to resort to this kind of shoddy experience. This first-person shooter has a few different modes to play and the usual level-up treadmill that is seen in many of publisher TROOOZE’s games. I wouldn’t buy it, but I’m not the sheriff of your purse-strings. 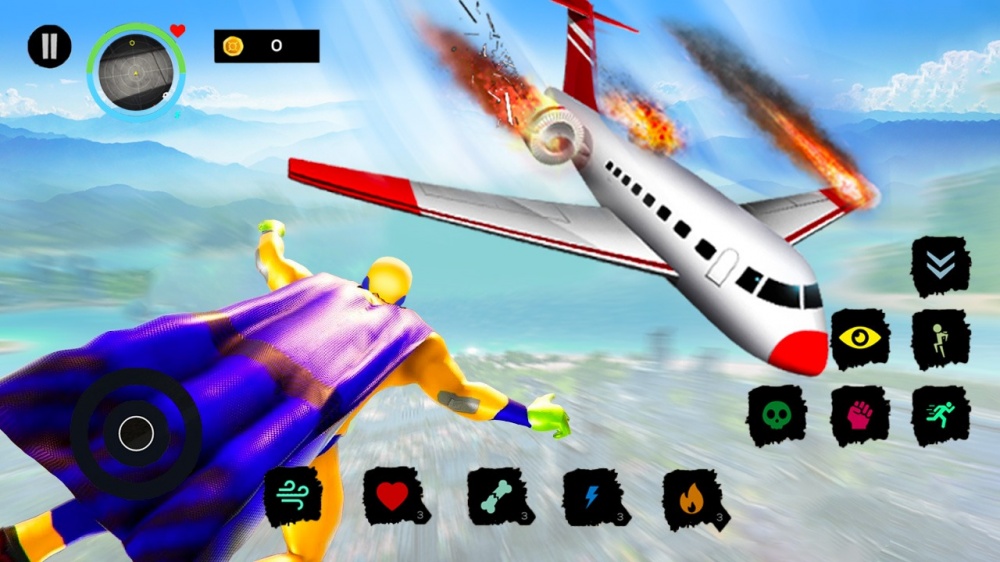 Another pile of crap from INSTAMARKETINGANDGAME, which is a publisher name that should have any reasonable person suspicious from the get-go. Handheld only, because this is a low-effort mobile game flip and the publisher lacks the skill or drive to add button controls. Get in the trash with your trash publisher, trash game.

A short list of new sales, but there are certainly some games we don’t see often in there. Are they any good? I don’t know. Super Zangyura looks a bit fun, I suppose. Jade Order is a good pick for a couple bucks. Pretty much all of the various configurations of Power Rangers: Battle for the Grid and its DLC are discounted right now as well. In the outbox, there’s the Alwa’s games, Cathedral, and a bunch of Resident Evil games among others. We’ll likely see a much bigger list tomorrow, so don’t blow all your cash today. 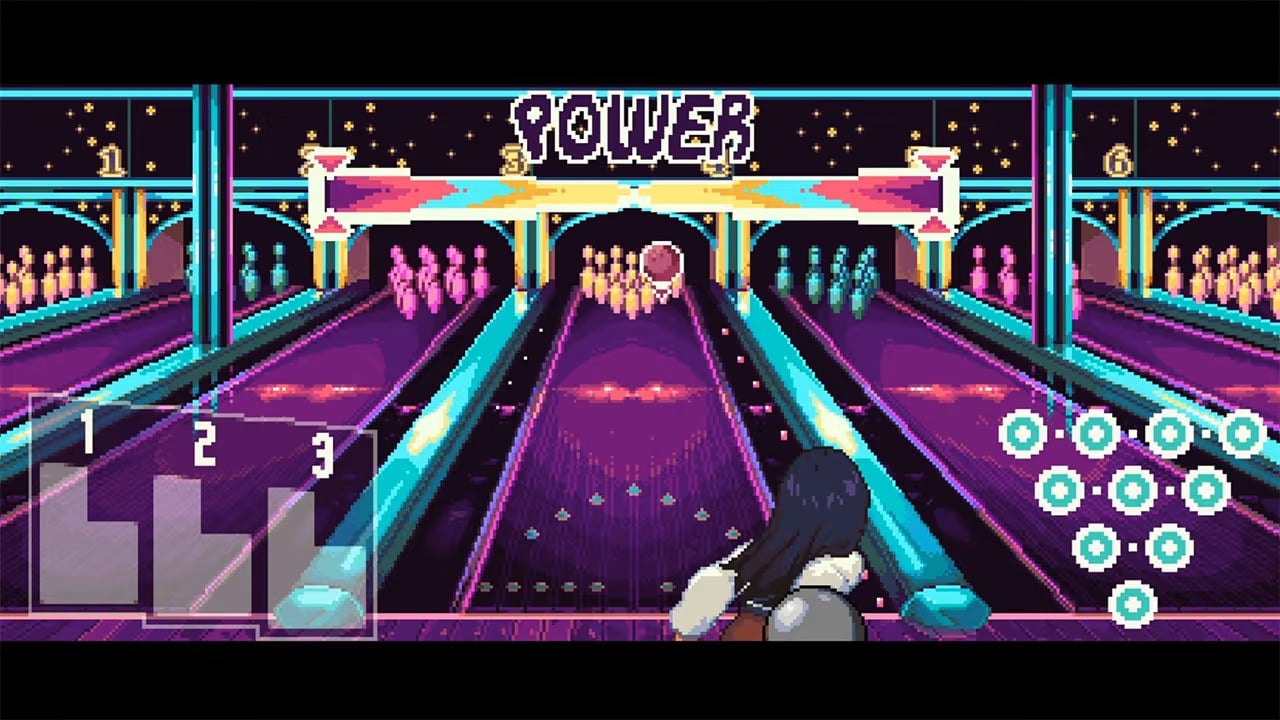 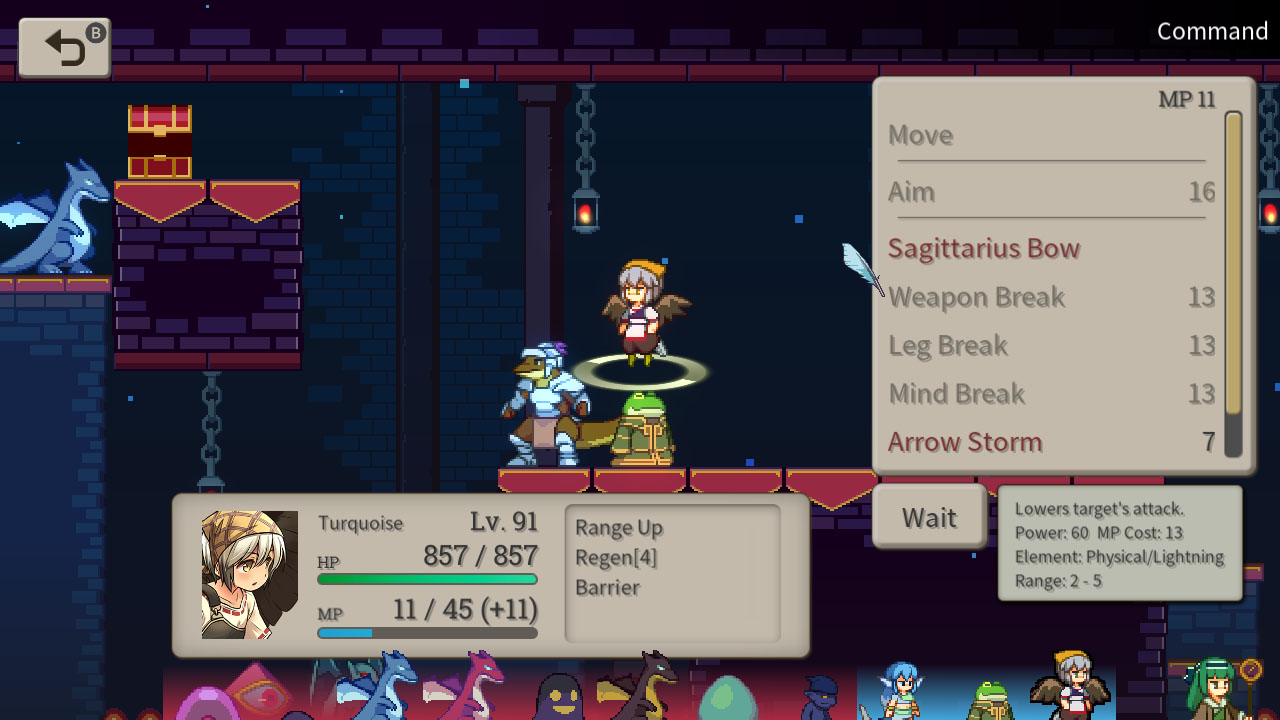 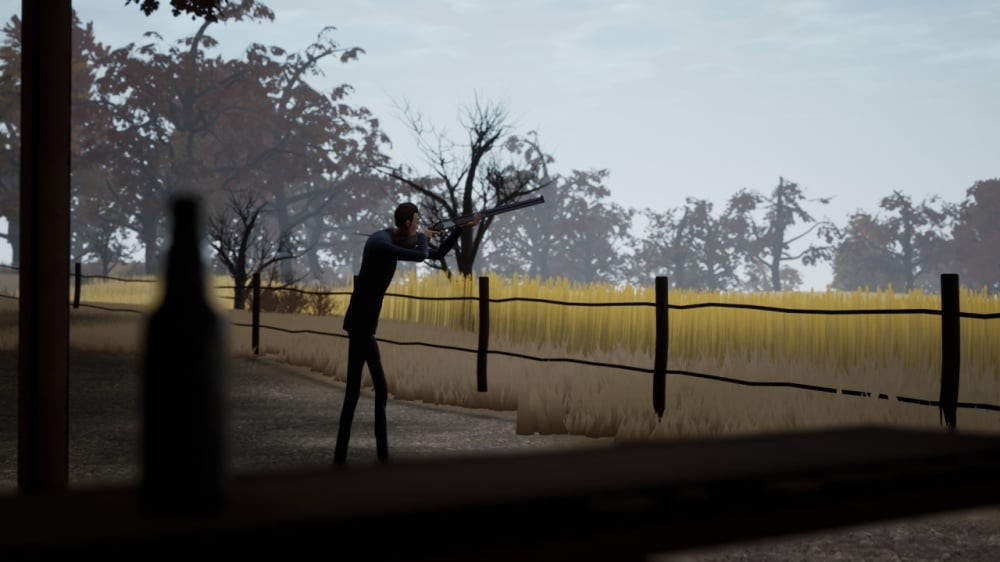 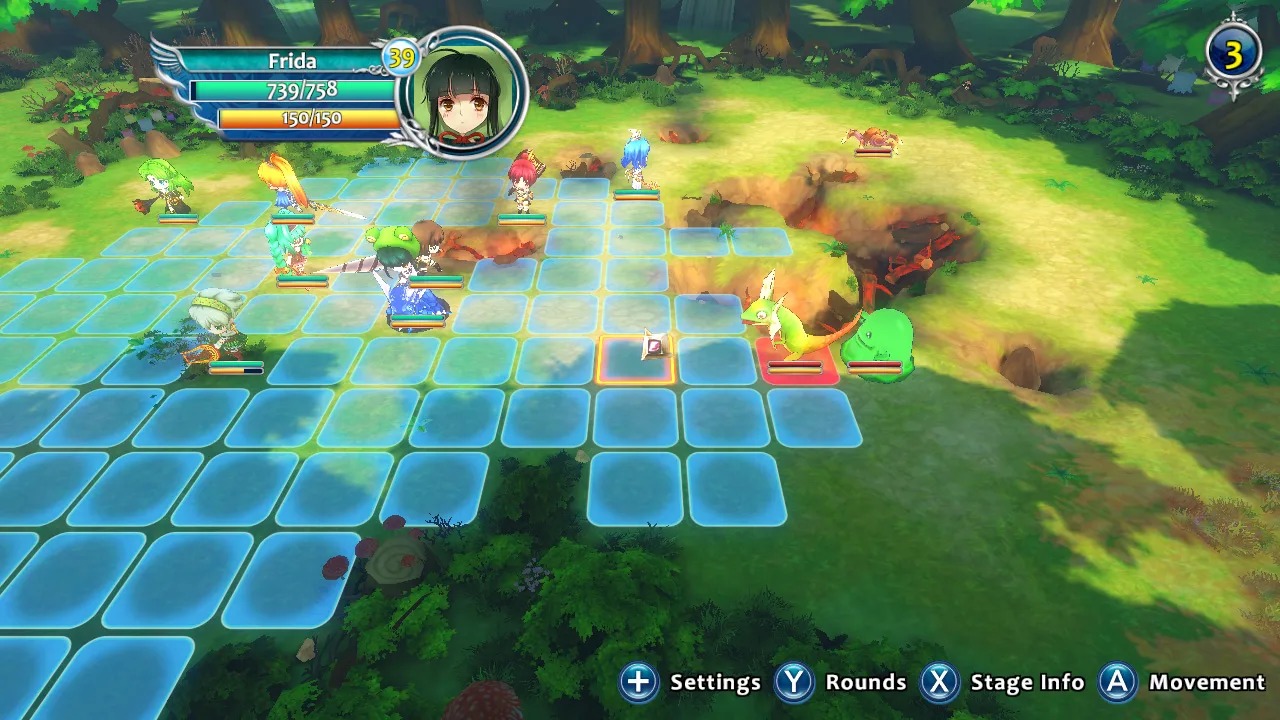 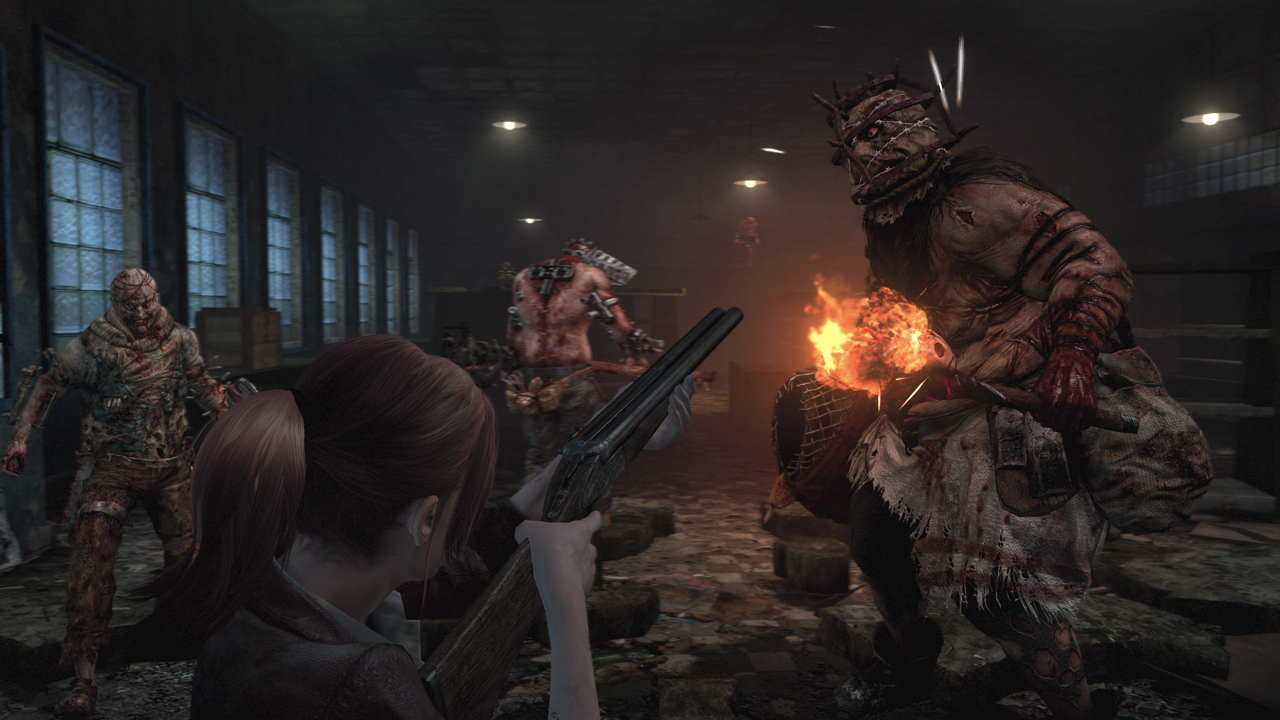 That’s all for today, friends. We’ll be back tomorrow with the remaining new releases for the week, with the big gun obviously being Xenoblade Chronicles 3. It’s not the only game of note incoming, so make sure you swing by tomorrow to see what’s what. We’ll also have a bunch of new sales to go over. Should be fun. I hope you all have a great Thursday, and as always, thanks for reading!