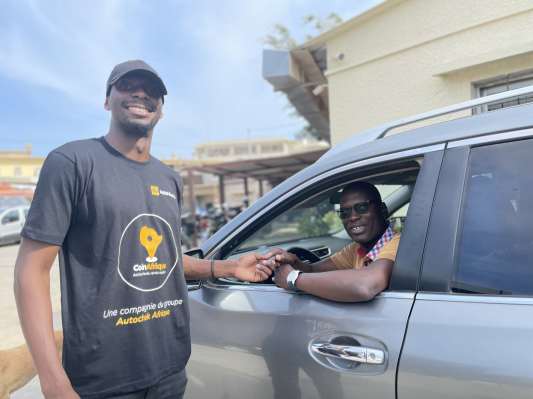 Autochek said it will tap CoinAfrique’s regional customer base in Francophone Africa to accelerate its car financing services. The classified ad marketplace is said to attract 60,000 new ads and 1.5 million visits every month, with the car category accounting for 50% of the business transactions happening on the site.

Autochek is also riding on the growing automotive market in Africa, whose value is expected to hit $42 billion in the next five years — registering a compound annual growth rate of 5.5% over 2022-2027 period.

CoinAfrique, whose team will join the Autochek and help them run operations in the region, was founded in 2016 by Matthias Papet and Eric Genetre.

“We see many opportunities to unlock value for users across all the categories on our platform and to expand into new countries, and we are looking forward to leveraging Autochek’s market leading loans product and expertise to deliver more transformative experiences for our users,” said Papet in a statement.

Already, Autochek has rolled out its operations in Benin, Togo, and Senegal following the acquisition, with more markets set to be activated as the auto marketplace expands. CoinAfrique classifieds ads marketplace is active in 12 Francophone markets. Autochek was previously present in Nigeria, Ghana, Kenya, Ivory Coast, Uganda and Morocco.

In its current markets, Autochek said, it has more than 1,500 dealers as partners, and works closely with more than 70 banks including BNP Paribas, Access Bank, Ecobank, UBA, Bank of Africa and NCBA Bank to offer financing to its customers.

Cars listed on the site go through various stages of inspection and are rated according to their status and performance, factors also used to determine if they qualify to be financed.

Autochek co-founder and CEO Etop Ikpe said, in a previous interview: “The assessments and some algorithmic checks on Autochek’s system help to give a sense of the status and condition of the car, determining whether it is in a state to be financed … because they (banks) do not want a situation where they finance a car and the next day, the engine knocks.”

Autochek said its loans are approved in about 48 hours. The company earns by charging a fee to dealers listing on its platforms, in addition to a loan facilitation commission from banks.