Arsenal are set to play their Women’s Champions League fixtures and at least three Women’s Super League matches at the Emirates Stadium in the upcoming season.

Jonas Eidevall’s side still need to come through a round of qualifying to ensure their place in the Champions League, but they are expected to get a favourable draw, having finished just one point behind WSL champions Chelsea last term.

If they do make it into the group stages, all three matches will take place at the Emirates instead of Meadow Park, the home of Boreham Wood.

As well as the European games, the Emirates will also host Arsenal’s clash with north London rivals Tottenham in the WSL on September 25, the Gunners having beaten their neighbours 3-0 at the same venue last season.

Further WSL fixtures against Manchester United and Chelsea have also been moved, with the games being played on the weekends of November 19/20 and January 14/15 respectively.

After Chelsea were crowned champions, we take a look at all the best goals of the WSL 2021/22 season

“The north London derby is a fixture that belongs at Emirates Stadium,” said Eidevall.

“We’re delighted to be able to confirm the match will be played there once again this season. The support we had from the fans at the Emirates last season was incredible and we’ve seen during the Euros how much demand there is to watch the biggest games at the best venues.

“I can’t wait to get back out there in front of the Arsenal supporters.” The final Inside the WSL of the season takes a look back at a memorable campaign alongside Karen Carney, Sue Smith and Kelly Smith

The 2022/23 Women’s Super League season kicks off on the weekend of September 10/11, with defending champions Chelsea starting at home to West Ham.

That curtain-raising round of fixtures also features a mouth-watering match-up between the teams which finished second and third in the WSL last season, with Arsenal going to Manchester City.

Arsenal only missed out on the title by a point last season, so their home match with Chelsea on the weekend of January 14/15 – the first round of games after the WSL’s month-long winter break – and trip to face Emma Hayes’ side on the penultimate weekend of the season, May 20/21, could be pivotal. 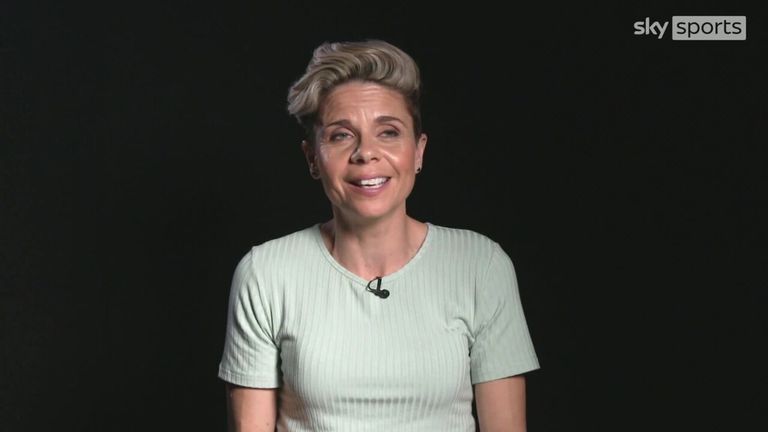 On the Inside the WSL’s end of season review, Karen Carney, Sue Smith and Kelly Smith picked their underrated players and most exciting youngsters

January 14/15 also sees Manchester United host newly promoted Liverpool, with the rivals meeting again on the final weekend of the campaign, May 27/28. United’s Manchester derbies with Man City are away on December 10/11 – the final round of games before the winter break – and at home on May 20/21.

Women’s Championship winners Liverpool play their first game back in WSL since 2020 at Reading on the opening weekend, with Chelsea next up at home in week two.

Fans of Arsenal will put a ring around the weekends of September 24/25 and March 25/26 in their diary, with fixtures at home and away to north London rivals Tottenham scheduled for those dates.