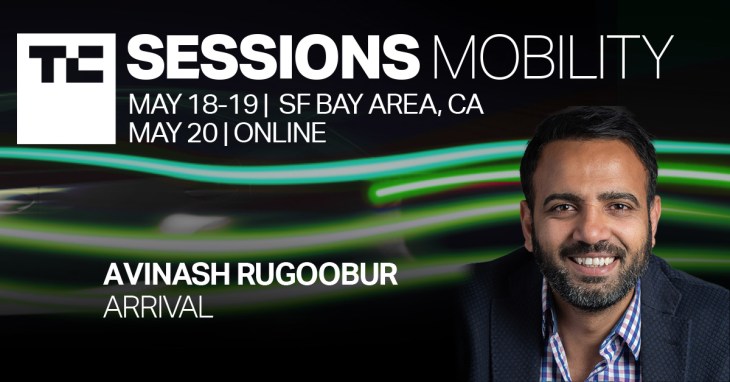 Arrival, a U.K.-based electric vehicle company that went public last year, has set itself a lofty goal. The company aims to produce electric vehicles that cost less than other EVs and competes with pricing on fossil fuel-powered vehicles.

A lofty goal requires a bold plan. For Arrival, that means bypassing the traditional large-scale or even “giga-sized” factory used by major automakers and instead turning to a much smaller and decentralized approach. Arrival plans to build 31 microfactories by 2024, including one in Charlotte, N.C.

These microfactories allow the company to serve specific markets while keeping costs low, Arrival argues. One such market is ride-hailing.

Arrival announced last year plans to design and build an affordable, purpose-built electric vehicle for ride-hailing in partnership with Uber. Drivers were even invited to join the design process of the vehicle, which is expected to enter production in Q3 2023.

Now, a year later, Arrival is ready to show off its progress — and in person.

We’re excited to announce that Avinash Rugoobur, president of Arrival, will sit down with us for a fireside chat alongside a prototype of the vehicle designed for Uber drivers at TC Sessions: Mobility 2022 in San Mateo, California May 18-19.

While the upcoming vehicle will be a focal point of the discussion, expect a wide range of other topics to be covered from Arrival’s interest in the commercial vehicle market and its microfactory plans to its future products and whether it can ramp up vehicle production fast enough to turn its many non-binding orders and letters of intent (LOI) into actual sales.

Those pending agreements represent 59,000 vehicles, including an order from UPS for 10,000 vehicles with an option to buy another 10,000. All told, the deal could be worth more than $1 billion.

We’re also curious about what steps remain before we see Arrival buses and vans on roadways, and you can bet we’ll ask when the EV that Arrival designed for Uber’s ride-hail drivers will hit the streets.

We have so many questions, and Rugoobur is just the person to provide the answers.

Responsible for the company’s business and product strategy and international expansion, Rugoobur oversaw Arrival’s public listing in March 2021 — the U.K.’s biggest IPO with a $13 billion float on Nasdaq. He also led the closing of more than $300 million in investments from blue-chip investors including Hyundai, Kia, UPS and funds managed by BlackRock.

Before joining Arrival, Rugoobur guided GM’s $1 billion acquisition of Cruise, and he was part of the team that witnessed its subsequent valuation increase to $14 billion. This work was pivotal in accelerating the delivery of AVs and in creating the OEM/startup ecosystem.

Don’t miss what promises to be a fascinating conversation with Rugoobur and an in-depth look at Arrival, a company that’s trying to reinvent the auto manufacturing industry and lower the cost of EVs.

TC Session: Mobility 2022 breaks through the hype and goes beyond the headlines to discover how merging technology and transportation will affect a broad swath of industries, cities and the people who work and live in them. Buy your pass today, before prices increase, and you’ll save $200!