Launched five years ago, Celsius, which offers clients high interest rates on crypto deposits, has drawn in 1.7mn customers under the slogan “#unbank yourself”.

Now the company itself faces a crisis of trust after its move on Monday to block customers from withdrawing funds, citing “extreme market conditions” following a wave of outflows and losses on risky trades.

Only three days earlier, during his weekly hour-long YouTube broadcast to customers, Mashinsky had been in typically pugnacious form, dismissing critics who were warning of an impending liquidity crisis.

“All these naysayers and haters haven’t built anything,” Mashinsky told clients, whom he calls Celsians. “Celsius has billions in liquidity, and we provide immediate access to anyone who needs access to it.”

His failure to deliver on this promise has left Mashinsky fighting for the company’s survival and his customers fearing huge losses.

John, a commercial real estate broker from Philadelphia who declined to give his last name, started to pull his money from Celsius last weekend but still has $150,000 trapped. “It’s definitely a let-down,” he said. “I probably didn’t look into him as much as maybe I should have.”

Mashinsky tweeted on Wednesday that “this is a difficult moment” and that his team was “working nonstop”.

Celsius marketing has cast Mashinsky, known for his signature “Banks are not your friends” T-shirt, as a Robin Hood figure and self-help guru who will help customers achieve “financial freedom”. He has criticised rival crypto groups such as Coinbase for returning more money to Wall Street investors than to their customers, and his personal website includes a tab on “failed ventures”, offering up the lesson he learned as a “maverick investor and entrepreneur”.

One regret is the fate some of his companies suffered in 2008. “As the recession hit, Alex’s decision to leverage two of his ventures with debt turned disastrous as his lenders refused to be patient,” his website says.

As company frontman, he has indulged in stunts. He shared a video in 2020 of himself in a hoodie and jeans trying to pull a Chase sign from the wall of a bank branch on Park Avenue in Manhattan. “This is how we take down the banks,” he wrote. “One Chase branch at a time.”

Born in Soviet Ukraine and raised in Israel, Mashinsky, 56, lives in Manhattan with his wife and six children. His career has taken him through more than half a dozen tech start-ups, from telecommunications to ride sharing. He holds 35 patents and has described himself as a co-inventor of voice over internet protocol, the technology behind online telephony.

Since co-founding Celsius, Mashinsky, who nicknamed himself “the machine”, has pursued rapid growth, increasing its asset base to a peak of $25bn last year — and attracting investment from the likes of Canadian pension fund Caisse de dépôt et placement du Québec and WestCap, a fund led by former Blackstone and Airbnb executive Laurence Tosi.

“The name of the game for crypto retail lenders was user growth at all costs,” said Max Boonen, founder of crypto broker B2C2. He said the pressure to offer high interest rates led companies to risky investments “often with unfortunate results”.

In the tight-knit circle of crypto founders and chief executives, some were wary of Mashinsky. “They were very aggressive in how they ran the company,” said one investor who considered putting money in Celsius but decided against it. “He was a high-risk-taking guy.”

Several executives said they had steered clear of investments or deals with Celsius because they lacked confidence in Mashinsky, or would borrow from Celsius but not lend to it.

Another investor said Celsius had too frequently been found with money tied up in crypto blow-ups, such as collapsed coins Terra and Luna, or major hacks. But “Alex, like an Energizer bunny, just keeps going,” he said.

Privately, crypto executives have worried for at least a year that Celsius’s risky lending looked like “an accident waiting to happen”. Mashinsky always rejected the criticism.

“From a risk standpoint, we are probably one of the least risky businesses that regulators worldwide have ever seen,” he told the FT last year, citing the company’s ability to weather sell-offs of more than 50 per cent in 2020 and 2021. “There’s no bank in England that can go through a 53 per cent drawdown and not go out of business. That’s what is really laughable here.” 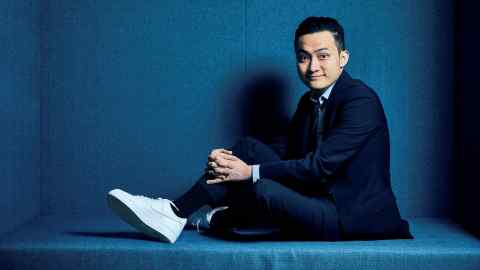 Brett DeLuca, an actor from Los Angeles, is familiar with Mashinsky’s bold claims from his weekly webcasts. “I would watch his promo thing every Friday. He seemed pretty knowledgeable,” said DeLuca, who started using Celsius early last year. He has $20,000 stuck with the company.

Mashinsky’s low profile this week is unnerving for DeLuca. “He likes to be in front of the camera. This is who he is,” he said. “If he doesn’t come out in a week or two here, then I’m worried that I’m going to lose my 20k.”