It’s fair to say that the reception to Kabam’s Disney Mirrorverse is a mostly positive one, though they are a couple of issues that players have with the game, but given the game isn’t even a month old at this point, there’s plenty of time for the development team to offer some solutions, and an upcoming update intends to do just that.

According to an in-game announcement, the Disney Mirrorverse update is coming soon, and the next patch promises to include more content, performance optimisations, a range of quality of life improvements, various bug fixes, and more. From this, it’s clear to see that Kabam wants to address some of the problems players are having.

One such issue is the Disney Mirrorverse energy recharge time, as once you hit a certain level, it can take upwards of seven hours to completely recharge, which means you can essentially only do a set of supply runs and call it a day once more, unless you’re team is at a point where it can take on tougher enemies on higher difficulties, though you can still only do so much before you run out of energy.

When is the Disney Mirroreverse update?

There’s no exact date for the Disney Mirrorverse update yet, all the in-game announcement says is to “check back soon.” However, we certainly can’t wait to see what changes are coming to the game. 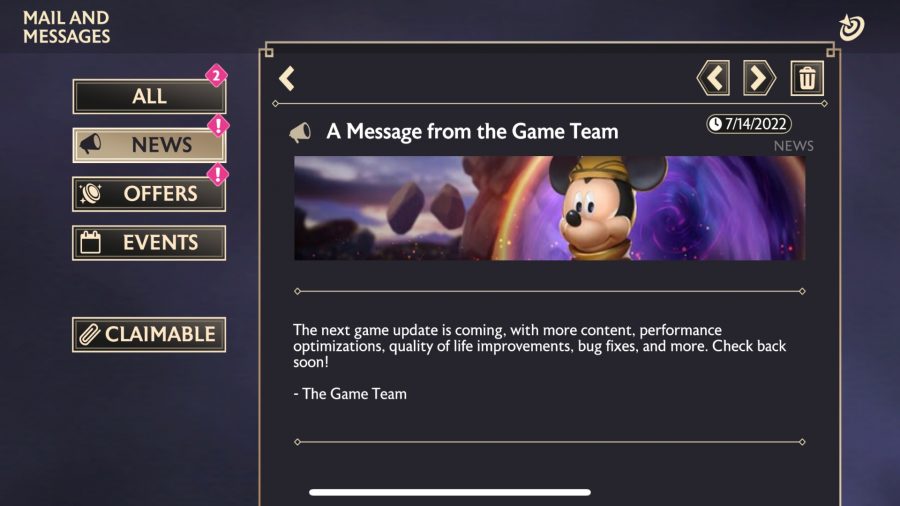